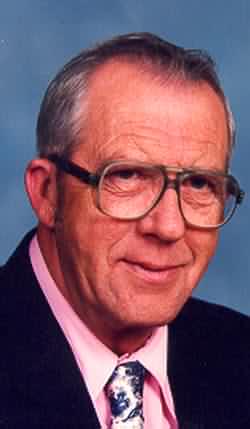 Age 68, passed away unexpectedly at his cottage with his family in Athelstane, Wisconsin, where he enjoyed spending time with his family and friends. He was a third child born to the late Glenn and Maude (Frederick) Smith in Winterset, Iowa, on September 18, 1933. On September 18, 1954, he married Carol Jean Rieckmann at Saint Paul Evangelical Lutheran Church in Dale. At the age of four Keith‚Äôs family moved from Winterset, Iowa, to the Amberg area during the depression. His family worked a small farm and worked with lumber in order to make ends meet. Keith learned an appreciation of the outdoors from these experiences. After attending Amberg Schools, he moved to Dale and worked at a farm at the age of sixteen. This was his first introduction to Carol Jean, his wife to be. Keith had worked many jobs before he started to work at Gertsch Manufacturing where he spent many years. In 1973 he then went to Miller Electric Manufacturing, Inc. where he spent 21 years, retiring in 1995. Since 1975 Keith was a faithful member of St. Matthew Evangelical Lutheran Church where he had served as a member of the board of trustees.

Keith is preceded in death by his parents and a brother, Dale W. Smith.

The funeral service will be at 11:00 a.m. on Thursday, May 9, 2002, at ST. MATTHEW EVANGELICAL LUTHERAN CHURCH, 129 South Mason Street, Appleton, with Pastor David Pagel and Pastor Jeffrey Verbeke officiating. Friends will be received at the funeral home on Wednesday, May 8, from 4:00 p.m. until 8:00 p.m. and at the church on Thursday from 10:00 a.m. until the time of the service. The burial will be at Highland Memorial Park, Appleton, following the funeral service.

A memorial fund is being established.

‚ÄúWords ‚Äì where does one begin ‚Äì husband, father, grandfather, brother, uncle, in-law, friend, family man, teacher, someone to lean on, a man of many talents ‚Äì too many to list. His family was his #1 concern. He loved the woods. He was a kid again when he was ‚ÄúUp North.‚Äù I know that as I fish, hunt or just during my daily routine, my thoughts will always take me to sometime in my life when I was spending time with him, and bring a smile to my face and a tear to my eye.‚Äù

‚ÄúAnd never will I forget the man I called Dad.‚Äù