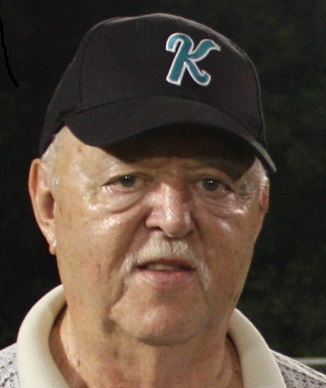 Keith Donald King, 76, passed away at his home in Appleton on Thursday, June 28. Born on May 18, 1942 to Harland and Dorothy (Duncan) King, Keith spent his life as a role model to others through his hard work and pursuit of his three main passions in life: his family, friends, and the game of baseball.

If you were a friend to him, Keith would always go out of his way to say hello, check in, and offer you his ear for however long was needed. To his family, Keith was there to offer advice, help when needed, lend his support and guidance, and be the number one fan to his children and grandchildren. He rarely missed a game where one of his grandchildren were playing. He made sure that they knew he loved them each and every day through both his direct and indirect actions.

Keith spent more than 25 years at Miller Electric as Director of Data Processing/IT. It was here that he made his tireless work ethic known to others and made some good friends along the way. Finally, Keith spent his entire life dedicated to baseball. He spent many years coaching and serving Appleton Babe Ruth baseball as well as his own sons and grandsons. Keith was one of the founding directors of the USA Youth Sports Complex helping to oversee the development, opening, and ongoing operations. If there was ever a question you had about the game or a statistic you were interested in, you did not look in the Baseball Encyclopedia; you called Keith.

Keith was preceded in death by his parents, Harland and Dorothy, sisters, Yvonne, Ginny, Doroland, and Carol, and infant son Jeff.

A service to celebrate Keith’s life will be held at 6:00 PM on Thursday, July 5, 2018 at the Wichmann Funeral Home, 537 N. Superior Street in Appleton. Family and friends are welcome to gather at the funeral home on Thursday from 4:00 PM until the hour of the services. A private burial will take place at Greenlawn Memorial Park in Neenah. In lieu of flowers, donations can be made to the Boys and Girls Club of Appleton.