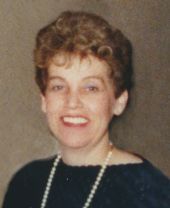 Kay F. Thurk, age 71, passed away peacefully at her home in Appleton on Friday, February 8, 2013. Kay was born on August 21, 1941, daughter of the late Francis “Mac” and Lida (Smits) McGinnis. She graduated from Appleton High School. Kay then continued her education as an X-ray technician and worked at St Elizabeth Hospital.
Kay was an avid Chicago Bears fan and loved playing bingo. She also enjoyed working as a crossing guard and taking care of her dog, Murphy. Above all, she cherished the time spent with her children and family.
Kay is survived by three children: John (Hong) Thurk, Michael (Meredith) Thurk, Mary Frances (special friend, Brian Heintz), grandchildren, Isabella and Tianchi, who were the light of her life; and one sister, Patricia Maloney. She is further survived by her nephews Bill Maloney and his daughter Kelsey, Dan (Amy) Maloney and their children Jack, Charlie and Henry, and Joe (Christine) Maloney and their son Mac; special friends: Sharon (Joe) Rupiper, Elaine (Paul) Hemauer, Jane (Fritz) Jilek, Nicki (Bob) Mech, Joan Blatz and all of her co-workers at St. Elizabeth Hospital; grand dogs: Buddy, Taeger and Chester; and grand cats: Louise and Oliver; as well as other relatives and friends.
The funeral liturgy for Kay will be held at 11:00 a.m. on Tuesday, February 12, 2012, at ST. MARY CATHOLIC CHURCH (312 S. State Street) with Father Jim Leary, O.M.F. Cap. officiating. A time of visitation will be held on Monday, February 11, 2013, from 4:00 p.m. until the prayer service at 7:00 p.m. at the WICHMANN FUNERAL HOME DOWNTOWN (537 N. Superior St.) and again on Tuesday at the CHURCH from 10:00 until the time of mass. Online condolences may be expressed at www.wichmannfargo.com.
Kay's family would like to thank St. Pauls Hospice for all of their care and support.