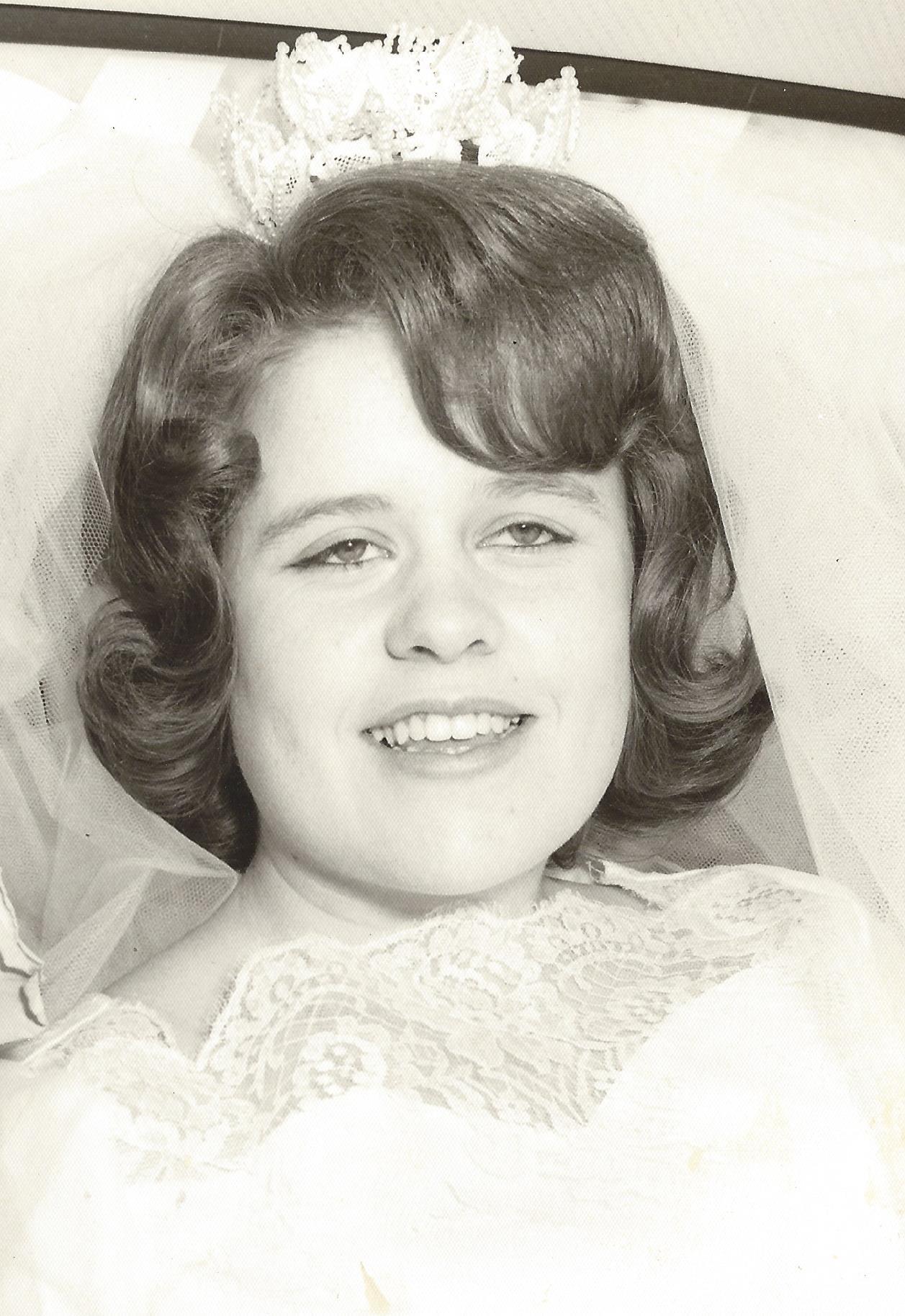 Kathryn A. Ruelle, age 70, passed away peacefully on Thursday, October 1, 2015. She was born in Neenah on April 1, 1945 to the late Oscar and Agnes (McNamara) Peterson. She graduated from Menasha High School in 1963 and went on to earn her Nursing Degree at the Neenah-Menasha Vocational School in 1964. On April 4, 1964 she married Gerald Ruelle at St. Mary Catholic Church in Menasha. Kathryn worked as an LPN at Theda Clark and also as a charge nurse at several nursing homes in the area. She was a very passionate and talented artist. She enjoyed painting, sculpting and many other crafts. Kathryn was a published artist in Painting Magazine and also won multiple art contests in the area. She enjoyed giving her art as gifts, but also made Memory Boxes that she donated through a local charity for families that recently experienced a death.

She was preceded in death by Gerald's parents, Robert and Beryl Ruelle; brother-in-law, Carl Klenke.

The funeral liturgy for Kathryn will be held at 11:30 AM on Thursday, October 8, 2015 at ST. MARY CATHOLIC CHURCH (528 Second St., Menasha) with Fr. Paul Paider officiating. Visitation will be held directly at church from 10:30 AM until the time of mass. In lieu of flowers, a memorial fund for Kathryn is being established.

The family wishes to thank the Theda Clark ICU nurses, doctors, staff and volunteers for the exceptional care given to Kathryn. Also, a thank you to Chaplain Mark Holmes and Fr. Paul Paider for the support and care given to Kathryn and her family. Kathryn's family would also like to extend their gratitude to their friends and family for the outpouring of support, love and prayers over the past several weeks