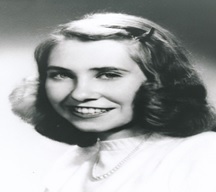 Age 90, a retired medical records director died September 9, 2016 at the Valley VNA, Neenah. Kathleen was born April 14, 1926 in Menasha. Kathleen's family ran one of Menasha's original breweries the Menasha Brew Company and Winz Park is named for her family. Kathleen attended Menasha High and was a 1948 graduate of the University of Wisconsin with a Bachelor of Arts degree in Sociology.

Kathleen met the love of her life Robert (Bob) Redlin, a Neenah guy and were married August 11, 1950 in San Antonio Texas. She was a resident of Fort Worth, Texas from 1977 until moving back to Wisconsin (home) to the Valley VNA. She spent much of her career working with people. She worked as a Parole Officer for the State of Wisconsin along with being a school nurse. She also worked as a Medical Records Director with a Fort Worth hospital until her retirement. Her favorite hobby was taking care of her beloved Scottie, Lady Effie and making cookies with her grandchildren. Kathleen followed Bob throughout his military and business career which took her overseas to such countries as England and Japan and many states within the US. Kathleen will be greatly missed by family and friends.

Graveside services will be held at 10:00 AM, September 17, 2016 at St. Margaret Cemetery, Neenah. Memorials may be directed to American Society for the Prevention of Cruelty to Animals.