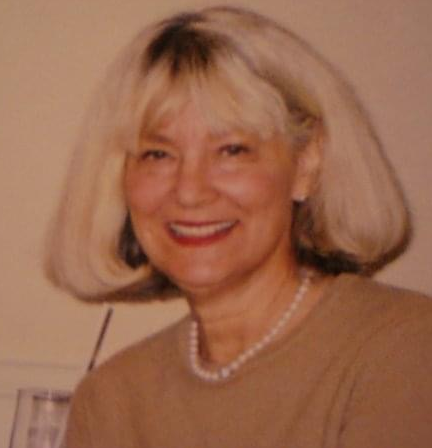 Kathy graduated from West Bend high school in 1963. Following graduation, from 1963 to 1965, Kathy attended Marquette University. While at Marquette, she was a proud member of a sorority, Alpha Delta Pi, and an honorary French Society, Phi Delta Pi. The two years following, Kathy continued her social work studies at UW-Madison and graduated with a Bachelor in Science. In 1986, close to 20 years later, she studied at UW-Oshkosh to acquire her Master of Science in Clinical Psychology. Most know Kathy for her incredible work as a Psychotherapist in the Fox Valley throughout the years. Over years of education and arduous training, she learned to specialize in many fields of therapy. These included depression, anxiety, couples counseling, divorce, codependency, family therapy, and alcoholic grief.

Survivors include two children: Lisa and Christian Johnson; her cherished granddaughter: Molly Ellmann; and sister: Eileen (Tom) Ackerman. We all have people in our life who are like our second family; for Kathy, those included Camryne Becker and Kari Mueller, along with both of their splendid families. Her closest companions throughout the years were Collin Cole, Kathy Long, Paula Pine, and “Dinny.” Kathy was preceded in death by her parents, brother Anton “Tony” Staral, and former husband Tim Johnson. Charles “Chuck” and Jan Johnson, members of Tim Johnson’s family, also meant the world to Kathy.

In Kathy’s younger years, she was an avid traveler. As years went by, the mere act of driving around became more than plenty to tend to her adventurous spirit. When she wasn’t cruising around town or spending time with her family, she could be found outside. Her favorite outdoor endeavors included lounging on the porch, tending to her garden, and watching the squirrels scurry around the yard. She was also known for her fashion sense, one of which definitely portrayed her spunky spirit.

Kathy’s wishes included that a “special thanks” be extended to Tom Cody and Dr. Randy Kerswill. There will be a service, or as Kathy wanted, “a celebration of life,” with arrangements still pending.