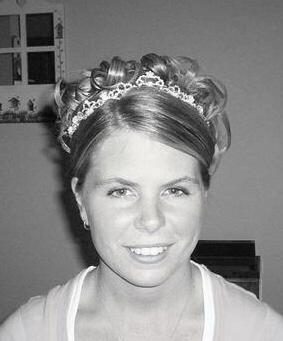 Age 25, passed away in her husband's arms on Wednesday morning, April 29, 2009 after a courageous 2 ½ year battle with Ovarian Cancer. Kasie was born on January 28, 1984 in Appleton, the daughter of Joe Nauber and Beth Ann Tease. She graduated from Neenah High School in 2002, after which she pursued a Nursing Degree from Fox Valley Tech, a dream that was cut short by her illness. While pursuing her degree she was employed as a CNA by Oakridge Gardens Nursing Center. On August 20, 2005 she married Nathan Willard in Doty Park in Neenah, and their marriage was blessed with two beautiful daughters, Aaliyah and Mariah. Kasie will be remembered as a very unselfish, caring, and giving person. Her true passion was her husband and daughters, but she also enjoyed scrapbooking.

Funeral service will be held on Friday, May 1, 2009 at 4:00 P.M. at the Wichmann Funeral Home (537 North Superior Street) with Pastor Whit Sasser officiating. Friends will be received at the funeral home from 2:00 P.M. until the time of the service. Entombment will be in Highland Memorial Park, Appleton. In lieu of flowers, a memorial fund is being established for her daughters. The family would like to thank Dr. Cheng and his staff for their expertise, care, and compassion. Also, a very special thank you to Kasie's dearest friends for their outpouring of care and support through her illness, may she never be forgotten.