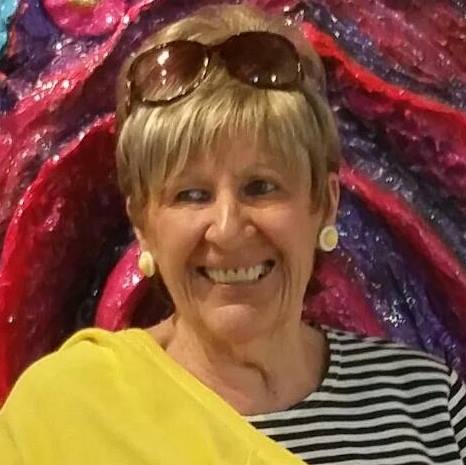 Per aspera ad astra -“through adversity to the stars.”

Karla Rae Rosenfeldt, 82, passed on August 26, 2017. Karla was born on November 1, 1934 in Oconto, Wisconsin to Joyous and Otto Rosenfeldt.
After graduating from Oconto High School, Karla moved to Kohler, WI and attended Western Union School. She worked for Western Union in various places in Wisconsin and ultimately moved to Appleton.

After Western Union, Karla then worked for Rollie Winter Realty and had the opportunity to express her natural creativity by writing unique, colorful ads. Karla's work life lead her to the Outagamie County Department of Social Services, until retirement.

She was preceded in death by her brother Rodney “Chico” Rosenfeldt.

A visitation to reminisce about and celebrate Karla will be at Wichmann's Funeral Home, 537 N. Superior St., Appleton on Friday, September 8 from 5:00 p.m. until 8:00 p.m. and on Saturday from 10:00 AM until the time of the service at the church.¬†

A mass to celebrate Karla's faith in life will be at St. Joseph's Catholic Church, 410 W. Lawrence St., Appleton, on Saturday, September 9 at 11:00.¬† Online condolences may be expressed at www.wichmannfargo.com.

In lieu of flowers, the family has designated the University of Utah Hospital’s Palliative Care Service for Memorial Contributions.

Stephan, Rene and Virginia want to thank dad, Bob Nitz, for all of his guidance, love and support with mom's funeral arrangements and the wonderful care teams at the University of Utah Hospital.