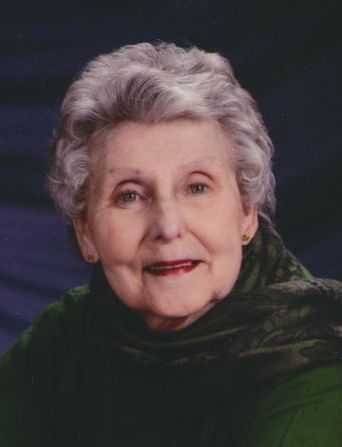 Karen Eckola, age 80 Appleton, passed away at the ThedaCare Hospice Residence on Good Friday morning, March 25, 2016. She was surrounded by her loving family. Karen was born in Hancock, Michigan, on January 8, 1936, daughter of the late Mervin and Bertha (Antilla) Oswald. She attended high school in Crystal Falls, Michigan. There she met the love of her life, “Bud” Eckola, whom she married on February 8, 1952. Their love was for a lifetime to be sure, but Karen lost her beloved too early, in September of 1998.

Karen has been a member of All Saints Episcopal Church since November 1967, where her contributions to many different committees and projects were well known – including Youth Camp Nurse. Known for her ease in frequent conversation with new comers at church- and even total strangers at the checkout line; she possessed a sweet and simple demeanor that won the hearts and trust of many. She was also a member of St. Mark's Episcopal Church in Crystal Falls, Michigan during the summer months, and cherished both her church families immensely. Service to others was her signature gift, complimented by her quick wit and humor. After her children had grown, she continued her service work and obtained a career in nursing, working in both family practice and home health care. Until her illness, she volunteered at the Salvation Army and the Appleton Emergency Homeless Shelter. Throughout her life she maintained her humility, and even some today are being influenced by her quiet strength, dignity and unwavering faith. She was most proud of her role as wife and mother, and her greatest joy was being surrounded by family and loved ones. Although she had many interests, she always centered on the love of her family and their well-being as the most important part of her life.

Her other passion in life was the musical arts, in which she participated throughout much of her life – most recently singing in the All Saints Choir. An avid reader, she was interested in the world around her and current events. Being a sports fan, she would not miss a single game that involved a family member, and a simple joy would come from her Detroit Tigers and the occasional win by the Detroit Lions.

The funeral service for Karen will be held at 11:00 AM on Friday, April 1, 2016 at ALL SAINTS EPISCOPAL CHURCH, 100 North Drew Street in Appleton, with Fr. Edwin Smith officiating. Family and friends are welcome to gather at the church on Friday morning from 9:00 AM until the time of the service.

A memorial Fund has been established in Karen's name to benefit All Saints Episcopal Church.

The family would like to thank Dr. Nelida Sjak-Shie for the extraordinary care and kindness she extended to Karen and her family. The staff at Theda Care Hematology and Oncology, Charissa, Megan, Holly, Colleen and Toni made her visits a little easier. We are grateful you were part of her journey. We would also like to thank the teams at Cherry Meadows and Heritage Hospice Residence, with the support from the hospice nurses and aides that kept their promise to the end.