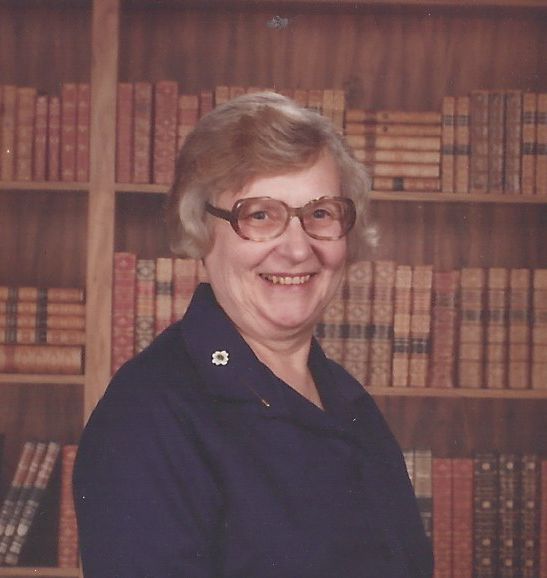 June V. Sahotsky, age 93, passed away on Tuesday, March 24, 2015 at Oak Ridge Gardens. She was born to the late Herbert and Rose (Made) Rymer in Shawano on June 10, 1921. After graduating from Neenah High School, she married Edward Sahotsky. June and Edward had seven children together, and June dedicated herself to caring for her home and her children. She enjoyed reading and embroidering. She also loved to watch the Packers and Dancing with the Stars.

She was preceded in death by her husband, Edward Sahotsky; children: Mike, Tom and Jerry Sahotsky.
A memorial service for June will be held at 12:00 PM on Saturday, April 4, 2015 at WICHMANN FUNERAL HOME-LAEMMRICH CHAPEL (312 Milwaukee St., Menasha). Visitation will be held from 11:00 AM until the time of service. In lieu of flowers, a memorial fund is being established in June's name.

The family would like to extend a thank you to the nurses and staff at Oak Ridge Gardens for the care given to June over the past many years.