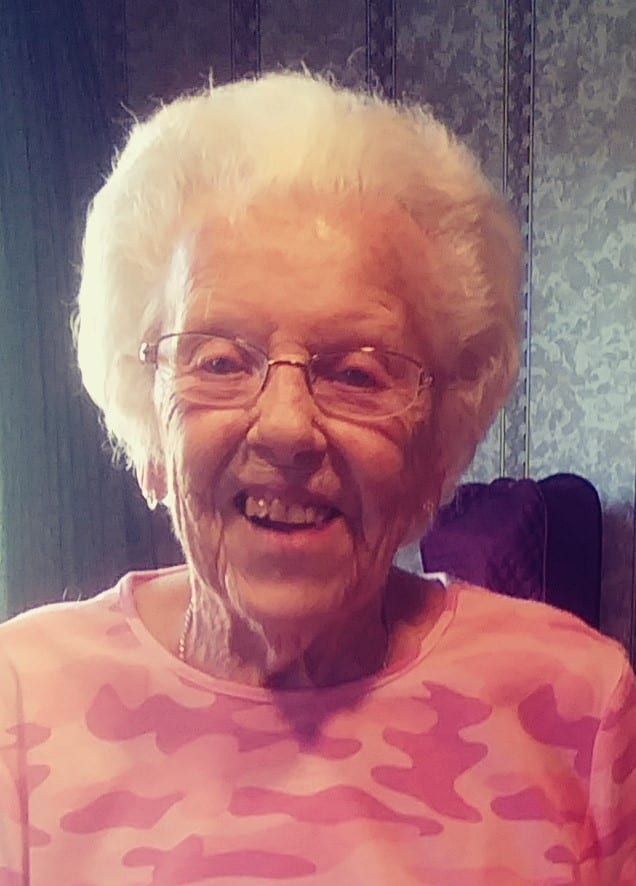 Due to the current circumstances, Funeral Services will be private. If you would like to watch the services online, you can do so here, at June’s obituary page. Services will be broadcast live on Thursday at 11:00am and will also be available for viewing later.

June (Mathison) Gorges passed away on September 13, 2020 at Brookdale Appleton. June was born on June 8, 1923 in Winchester, Wisconsin, the daughter of Melvin and Thea (Sauby) Mathison. She had a twin brother who passed away at age 6 months from pneumonia. She was baptized and confirmed at Grace Lutheran Church in Winchester. She attended Grand View School there. She graduated from Neenah High School in 1941. Two days after graduation she was employed as a secretary in the purchasing department at the Marathon Paper Mills in Menasha. During the war she also worked as a nurses aid at Theda Clark Hospital.

Being born into a musical family, she was very active in her home church, accompanying different groups on the piano: the choirs, young people’s Luther League, high school students who were preparing their solos for competitions, and playing at nursing homes. She took piano lessons at an early age for 25 cents a lesson and had to walk a couple of miles from her farm home to her piano teacher’s home. She and her older brother would often play duets together (he on the violin, she on piano), at different church gatherings. She also taught Sunday School for a number of years.

She married Melvin Gorges on June 9, 1945 at Grace Lutheran Church in Winchester, and they made their home in New London. They were blessed with 2 children while living there, Terry & Carol. When the children were in Lutheran school she was hired as a secretary at Emanuel Lutheran Church where she worked for 15 years. She loved this job – meeting so many people and so many students at the school and helping out at the school once in a while.

In 1970 they moved to Van Wert, Ohio where Melvin was transferred with the Borden Company. June was employed at Van Wert County Hospital in the Radiology Department as secretary to 3 radiologists; she

also helped out in Medical Records. In Ohio she was a member of a Lutheran church and held several offices and was a very active member.

After retiring in 1984, they moved back to Appleton. She did volunteer work in the pastoral care department at the Appleton Medical Center for a while. She enjoyed Bible classes at her church, being a Sunday greeter, and singing at a nursing home. She enjoyed golfing, bowling, playing cards, daily walks, the YMCA, going to their son’s cottage, and spending 3 months in Florida for several years. She said she would never forget one big trip they took to Athens, Greece to visit her daughter and son-in-law.

In 2015 she and her husband observed their 72nd wedding anniversary – 72 wonderful years together!

She resided at Ridgeview Highlands for several years and enjoyed keeping busy by enjoying Wii bowling, playing cards, and many other activities at the clubhouse. In July of this year she moved to Brookdale Appleton.

She is survived by her son Terry (Susan Grall) Gorges, daughter Carol Marker, 4 grandchildren Jeff (Kate) Gorges, Cory (Amanda) Marker, Amy (Andy) Patskowki, and Jason (Jennefer) Marker, 10 great grandchildren, sisters-in-law Mildred Mathison and Joan Polley, and many nieces and nephews. She was preceded in death by her husband Melvin in 2017, her son-in-law Bruce in 2018, her parents, 6 brothers and 2 sisters.

There will be a public visitation for June on Thursday, September 17, 2020 9:00am to 10:30am at Wichmann Funeral Home, 537 N. Superior Street, Appleton Wisconsin. Due to the current circumstances, Funeral Services will be private. If you would like to watch the services online, please visit www.wichmannfuneralhomes.com and go to June’s obituary page. Services will be broadcast live on Thursday at 11:00am and will also be available for viewing later.

In lieu of flowers, a memorial fund will be established. Donations will be forwarded to St. Paul Ev. Lutheran Church.

Due to the current circumstances, Funeral Services will be private. If you would like to watch the services online, you can do so here, at June’s obituary page. Services will be broadcast live on Thursday at 11:00am and will also be available for viewing later.