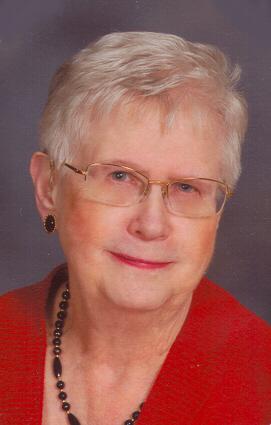 June R. Brouillard, 80, of Appleton died Thursday, March 31, 2011 surrounded by her family at Appleton Medical Center. She was born July 12, 1930, the daughter of Henry and Teckla (Kowalski) DeRoche. June married Harold Brouillard in 1952, and they started their family together.

June graduated from Appleton West High School and attended Fox Valley Technical College. Her first career was raising her family. After her children were all grown, she started her second career as an Administrative Associate at Theda Clark Hospital which she retired from at the age of 80 in January 2011. June enjoyed reading, cross-stitching and really enjoyed shopping at resale shops. Her greatest joy was spending time with her family.

The Funeral Liturgy will be at 11:00 a.m. on Saturday April 2, 2011 at ST. MARY CATHOLIC CHURCH, 312 South State Street, Appleton, with Fr. Jim Leary officiating. Friends may call at the church on Saturday from 10:00 a.m. until the time of service. Inurnment will be at a later date at Holy Cross Cemetery, Two Rivers, Wisconsin.

June would like to say a special thank you to her co-workers at Theda Clark. She and her family would also like to thank Fr. Gerald Falk for his wonderful words of encouragement; her Respiratory Therapist, Phyllis, and all the wonderful staff on the seventh floor at Appleton Medical Center for their kind and loving care.