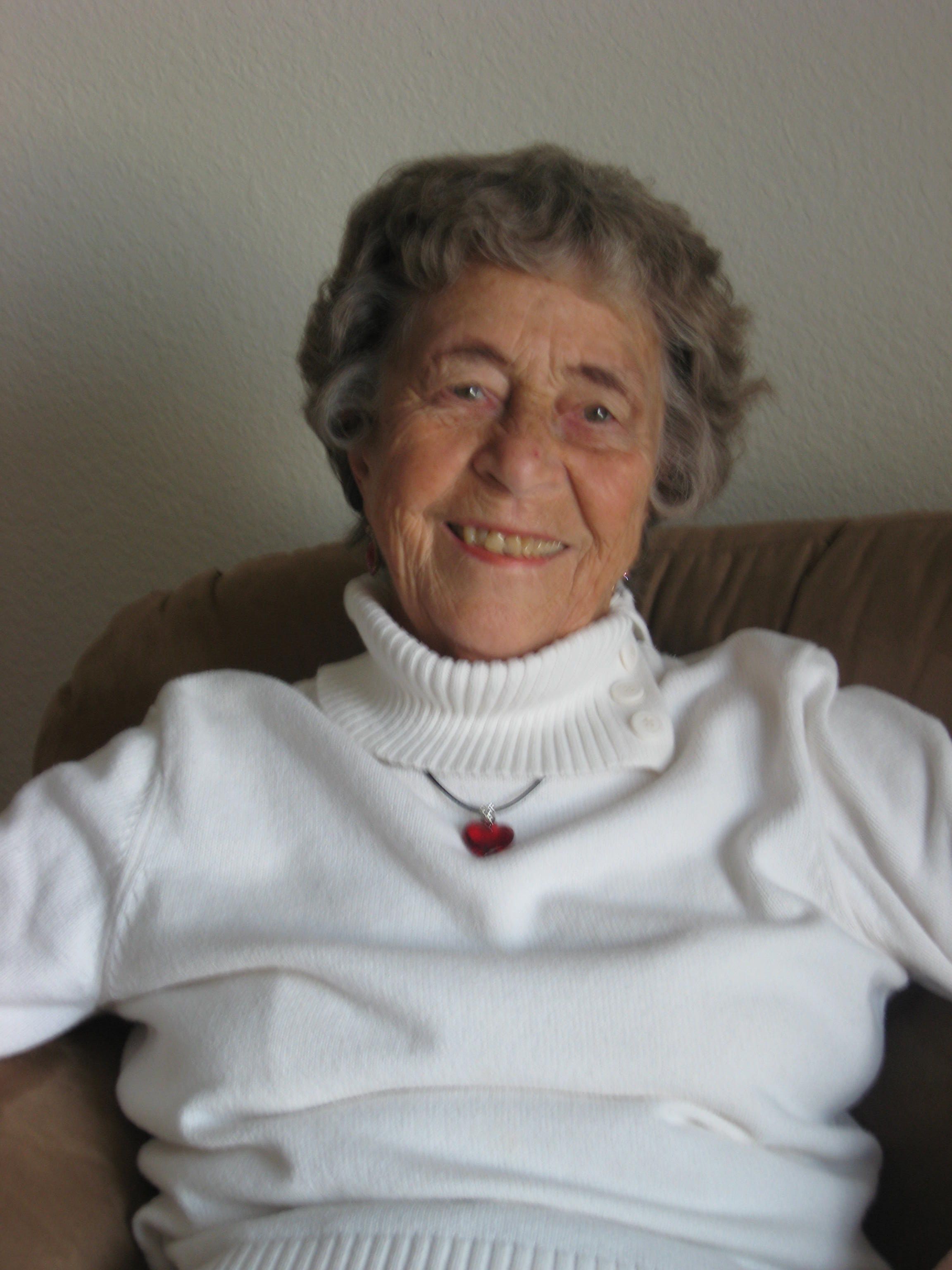 June Marie Poppe, age 91, formerly of Kimberly, passed away at Century Oaks Assisted Living in Appleton on December 18, 2016, surrounded by her family.

She was born on January 28, 1925, the daughter of Herman and Gladys Strutz, nee Webster. She became a child of God through the Sacrament of Holy Baptism, confessing her faith in Jesus as her Savior on her Confirmation Day at Zion Lutheran Church of Gresham, WI. After graduating from Gresham High School, she joined her sister, Ruth, in Kimberly where she started working as a paper inspector at the Kimberly-Clark fine paper mill located there. That's where she met Amedee “Speed” Poppe, who after returning from military service, became a research technician at the mill. She was united in marriage to Amedee on October 26, 1946, and they were blessed with 55 years together. After marriage June was a home maker and mother of 4. She was an early and lifelong member of Mt. Calvary Lutheran Church of Kimberly, serving on the altar guild, visitation committee, Lutheran Women's Missionary Society and the Lady's Aid. She also was an active member of the Kimberly Recreation Association, the William Verhagen Post #60 of the American Legion Auxiliary and a Gold Circle Member of the Veterans of Foreign Wars. She and Amedee loved square dancing and camping with the family. Favorite campsites were in the Nicolete National Forest, but she and the family also traveled to Disney World in Orlando and Yellowstone National Park. After living on James Street most of her married life, she moved to the Hallmark apartments in 2006. There she played cards, dominoes and Wii bowling. She was a good cook and an avid walker, contributing an untold number of casseroles and desserts for various functions and walking countless miles. June was known as “Petie” or “Aunt Pete” to much of her family and friends. Family gatherings and spending time with family and friends brought her great joy.

The family thanks the staff at Century Oaks of Appleton for the compassionate care given to June for the past seven months. A sincere thank you is also extended to her care givers from Heartland Hospice.

Funeral service for June will be held on Thursday, December 22, 2016, at 11:00 a.m. at MT. CALVARY EV. LUTHERAN CHURCH, N 8728 S. Coop Rd, Menasha, WI with Rev. Jesse Johnston officiating. Visitation will be held at the church on Thursday from 9:00 a.m. until the time of service. Entombment will be in the Appleton Highland Memorial Park.

In lieu of flowers, memorials to Mt. Calvary Lutheran Church are appreciated.