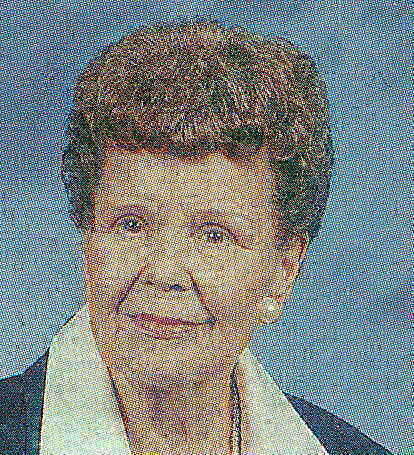 June M. Schroeder, 96, peacefully entered eternal life, January 25, 2014. As promised in John 3:16 “for God so lived the world that He gave His one and only Son that whoever believes in Him shall never perish but have eternal life. June was born on May 31, 1917 in King, Wisconsin, the daughter of the late Richard and Mabel (Grote) Mathewson. As a young child, her family moved to New London, where she grew up in a large family of eight brothers and three sisters.
She attended the New London Public Schools graduating from New London High School. June married Donald J. Goodwin, November 1935. They made their home in Appleton in 1938. They had two daughters, Kay and Patricia. Donald preceded her in death in 1954. In 1957 she was united in marriage to Lester Schroeder. They both enjoyed traveling within the states and other countries including Japan, where her grandchild lived. June enjoyed all the special times she shared with her grandchildren and great grandchildren. June was employed by the Appleton School District, as elementary secretary at Huntley School for 17 years. Among her hobby of gardening, she enjoyed the planting of many varieties of flowers in her yard. June was active in the past years at St. Matthew's Lutheran Church, as a member of Ladies Aid, Altar Guild and enjoyed Bible classes.
June is survived by her children Kay (Richard) Van De Weghe, Patricia (Carl) Kosiorek, Sandra (Robert) Arneson, Donna (Rodney) Eckes, David (Sue) Schroeder, 11 grandchildren and 22 great grandchildren, two brothers, nieces, nephews, other relatives and friends. June was preceded in death by her husband Lester and three sisters and six brothers.
The Christian funeral service for June will be held on Wednesday, January 29, 2014 at 11:00 AM at ST. MATTHEW EV. LUTHERAN CHURCH, 129 S. Mason St. with Pastor John Brandt officiating. A time of visitation will be held on Wednesday from 9:00 AM until the time of the service at the Church. Interment will be in the Highland Memorial Park. Online condolences may be expressed at www.wichmannfargo.com. In lieu of flowers a memorial fund has been established. The family would like to thank Heartwood Homes and Aseracare Hospice for all of their care, compassion and support.