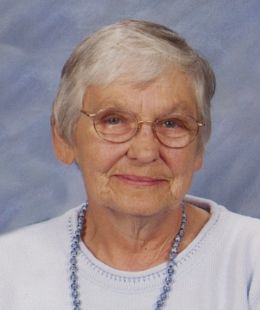 June truly enjoyed her grandchildren and spending summers at the family cottage in Northern Michigan. She was well-known for keeping in touch with her relatives and friends. She was a prolific letter writer, phone caller, and was very much connected with those she loved. June enjoyed baking and was famous for her coffee cakes. For many years she was employed at Prange's in Appleton. She was also a long-time member of the Finnish Club.

Funeral services for June will be at 11:00 a.m. on Friday, February 19, 2016, with Rev. Kurt Kovanen officiating. Friends may call at the WICHMANN FUNERAL HOME, 537 N. Superior Street, Appleton, from 9:30 a.m. until the time of services. The family would like to extend a sincere thank you to the staff at St. Elizabeth Hospital and staff at the Affinity Medical Group, for their loving care. In lieu of flowers, please consider a donation to St. Vincent de Paul. Online condolences may be offered at www.wichmannfargo.com