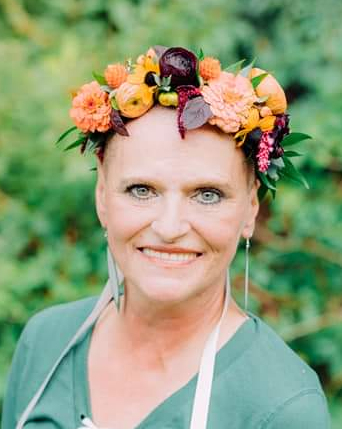 Julie Siebers, age 55 of Combined Locks, passed away unexpectedly and surrounded by her family, at a Milwaukee hospital on Friday, December 13, 2019. Julie was born in Kaukauna on September 1, 1964, daughter of the late Curtis and Gladys (Kemp) Jansen. She graduated from Fox Valley Lutheran High School, and married Tom Siebers on May 31, 1986.

Many will remember Julie for her work as a server at Rico’s in Combined Locks. She loved her job there and always talked about how wonderful her customers were to her. She cared for everyone she met, and always had a smile on her face. She enjoyed cooking and baking, and especially loved time spent with her daughters and grandchildren.

A memorial service for Julie will be held at 4:00 PM on Thursday, December 19, 2019, at the Fargo Funeral Home, located at 400 W. Wisconsin Avenue in Kaukauna, with Rev. Lucretia Fehrmann officiating. Visitation for family and friends will be held at the funeral home on Thursday from 2:00 PM until the time of the service.

Julie was always known for telling her family, “I love you the most!” Now that she is gone from us, it is we who love HER the most.