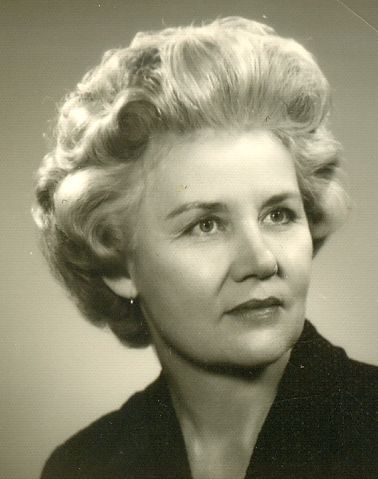 Julia Pendergast Burns, age 93, passed away at St. Paul Home in Kaukauna on April 29, 2014. Julia was born in the Town of Vandenbroek on April 27, 1921, daughter of the late Henry and Anna (Vanden Wyngaard) Paalman. Anna died relatively young, and Henry then married his second wife, Johanna, whom his children always considered to be their mother. In October of 1941, Julia married Carl Pendergast, and together the couple had seven children. Carl died in 1964. In 1973, she married James Burns who has also preceded her in death. As a young woman, Julia was employed by Thilmany Pulp and Paper in Kaukauna, as well as by Kimberly Clark. After Carl's death, she received training to be a nurse's aide, and worked at the Appleton Medical Center and in private homes. Julia loved nature, watching and feeding the wildlife near her home, oil painting, and the occasional trip to the casino. During her years in Land O' Lakes, she was an active member and helpful volunteer at St. Albert's Catholic Church.

A memorial funeral liturgy for Julia will be held at 11:00 AM on Saturday, May 10, 2014 at ST. KATHARINE DREXEL PARISH – ST. MARY'S SITE, 119 W. 7th Street in Kaukauna, with Fr. Jerry Pastors officiating. Inurnment will follow at St. John's Cemetery in Little Chute. Family and friends are invited to gather on Saturday morning from 9:00 AM until the time of the service. In lieu of flowers, memorial funds are being established for some of Julia's favorite charities. Online condolences may be offered at www.wichmannfargo.com

The family would like to offer their sincere thanks to the wonderful caregivers at St. Paul Home in Kaukauna. We will forever remember your love, care and compassion.