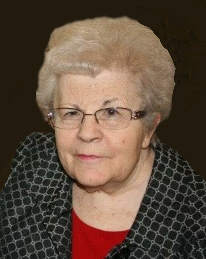 Judy Jacques, age 81, passed away at St. Paul Elder Services on Monday morning, March 4, 2019. Judy was born in Appleton on February 28, 1938, daughter of the late Earl and Margaret (Pennings) Schuler. Judy’s mother passed when Judy was only 9, and Earl then married Lucille Peeters, who played an important role in Judy’s upbringing. Judy was a 1956 graduate of St. John’s High School and married Don Jacques on September 27, 1958 in Little Chute; he preceded her in death in 2012. Judy was employed at Richard’s Diamonds and Gems for seventeen years. Throughout her life, she enjoyed sewing, walking, and loved spending time with her fourteen grandchildren. Judy was a strong woman who was an incredible role model for her children and grandchildren. Judy was humble of heart and showed incredible strength and endurance though all of her medical challenges.

The funeral liturgy for Judy will be held at 11:00 AM on Friday, March 8, 2019, at Holy Cross Catholic Church, 309 Desnoyer Street, with Fr. Donald Everts officiating. Inurnment will be later at Holy Cross Cemetery. Family and friends are invited to gather at the church on Friday morning from 9:00 AM until the hour of the service.

The family would like to offer their sincere thanks to the entire staff at St. Paul Elder Services and St. Paul Hospice for their love, care, and compassion. We will never forget your kindness.