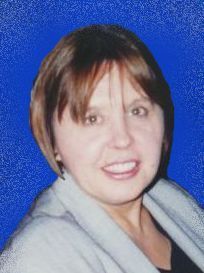 Judith “Judy” Hilke, age 68, of Menasha, passed away on Wednesday, May 18, 2016, at Prairie Home Assisted Living, Menasha. Judy was born on December 1, 1947, in Sheboygan, daughter of the late Matthew F. and Estelle M. (Miller) Kolar. She married Gary Hermann in 1979 in Menomonie, Wisconsin. She married Ken Hilke on December 29, 1990, in Sheboygan; he preceded her in death on December 23, 2012. Judy was well known for her dedication to her family and especially enjoyed the time spent with her grandchildren.

There will be a Celebration of Judy's life on Monday, June 6, 2016, from 2:00 p.m. to 4:00 p.m. at the WICHMANN FUNERAL HOME—TRI-COUNTY CHAPEL, 1592 Oneida Street, Menasha. A memorial has been established in her name. The family would like to extend a sincere thank you to the staff of Prairie Home Assisted Living in Menasha and the staff at Theda Care at Home Hospice, for their loving care. Online condolences may be offered at www.wichmannfargo.com