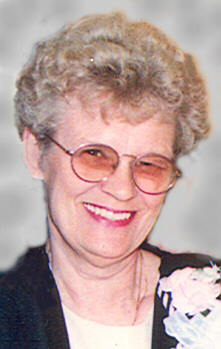 Juanita (Skibba) Stumpf, age 78, of Shiocton, passed away at Appleton Medical Center on January 7, 2010. Juanita was born on October 2, 1931, in Amherst Junction, to the late Sigmund T. and Regina (Woyak) Skibba. She married Howard F. Stumpf on January 26, 1950, in Menasha; he preceded her in death on August 3, 1989. Juanita was employed at Heckert's Shoe Store and J. C. Penney in Appleton. She enjoyed music and dancing, country life and was well-known at the Green Bay Farmer's Market for her many varieties of home-grown herbs. Survivors include her children, Steven Stumpf, Shiocton; Susan (Edward) Rosenberg, Greenville; Carol (David) Fuller, Greenville; Elizabeth Gray, Frisco, Texas; Sandra (Robin) Wege, Appleton; Howard (Brenda) Stumpf, Oklahoma; David Stumpf, Shiocton; Richard Stumpf, Appleton; Donna (Jeff) Zuleger, Stevens Point; and William (Tammy) Stumpf, Appleton; her brothers, David (Linda) Skibba; Rick (Jayne) Skibba; and Tom (Tootie) Skibba. She is further survived by many grandchildren, great grandchildren, nieces, nephews, other relatives and friends. Juanita was preceded in death by her brother Greg. Funeral services will be at 3:00 p.m. on Sunday, January 10, 2010, at WICHMANN FUNERAL HOME, Appleton, with Chaplain Jordan Kuczwara officiating. The visitation will be at the funeral home from 1:00 p.m. until the time of services. Interment will be in Oakhill Cemetery, Town of Maine. A memorial has been established in her name.