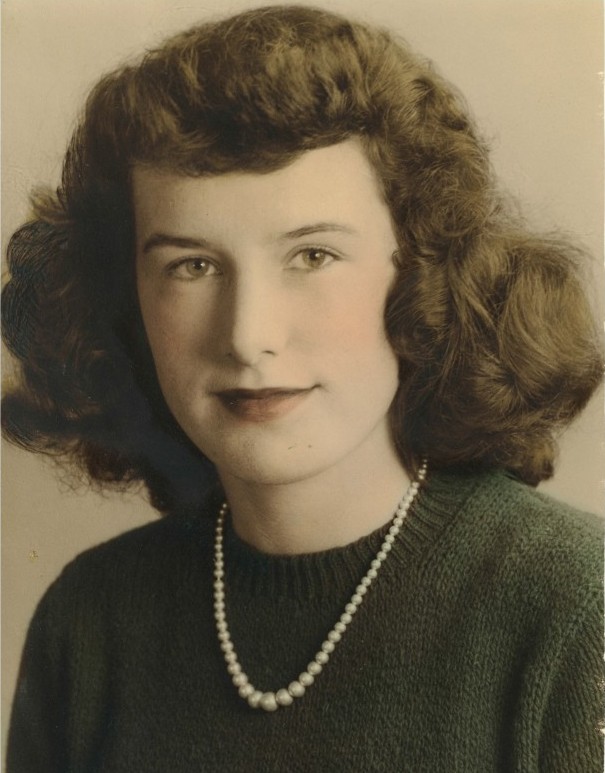 Joyel Marie Boyce, 91 of Menasha passed away peacefully on August 28, 2019. Joyel was born in Appleton, WI on November 3, 1927 to the late Cornelius & Ester Defferding. On January 20th, 1951 Joyel was united in marriage to Owen Boyce at St. Patrick Church in Menasha, WI. Joyel and Owen spent a brief honeymoon in downtown Chicago due to their love of Jazz/Big Band music. Joyel attended Appleton High School, then attended business school in Milwaukee which led her to her first job at the Outagamie county courthouse. After many years staying home to raise her family she began working at Affinity medical group from which she retired.

Joyel was preceded in death by her husband Owen Boyce and her grandson, SSG. Derek J. Farley EOD Tech. (2010), two brothers and a sister.

Joyel greatly enjoyed spending time with her family, was an avid reader, excellent angler on Lake Winnebago and volunteered at several non-profit organizations within the Fox Valley community. Joyel cherished the opportunity to help host fantastic family reunions at her parent’s log cabins on the Wolf River in Shiocton, WI. One of Joyel’s greatest strengths was an ability to instill a very positive attitude while helping raise the five Boyce siblings. Joyel was also a loyal friend as evidenced by a special bond developed over 60 years where she regularly played cards with the women of her card club.

Visitation for Joyel will be held on Saturday, September 14 beginning at 9:00 am until 11:00 am followed by a brief short prayer service at Wichmann Funeral Home - Laemmrich Chapel (312 Milwaukee Street, Menasha). Interment will occur in St. Margaret Cemetery Neenah, WI.

In lieu of flowers and in recognition of Joyel’s love for learning, memorials can be directed to the Hmong Literacy Center; Appleton, WI. Fox Valley Literacy Council where in her later years helped tutor English.

The Boyce Family wants to express our sincere appreciation to the staff at Brookdale Assisted Living Memory Care, Brightstar Home Care and AseraCare Hospice.
Joyel was a loving mother and grandmother. She will be greatly missed by all who were fortunate enough to be part of her life.