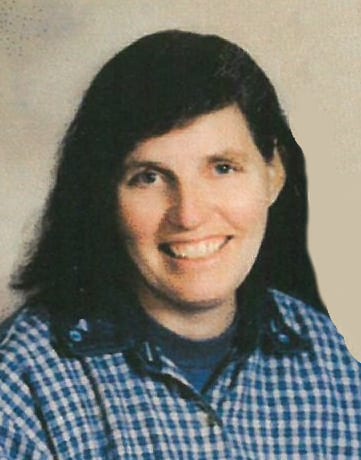 After battling cancer for several years, Joyce Toepel passed away at an Appleton Hospital on February 17, 2020.  Joyce was born December 24, 1949 at St. Elizabeth hospital, Appleton, Wisconsin to Henry and Lauretta (Hovenar) Joosten. She attended the one room Ebben School for first grade.  From there she attended St. John Catholic grade school, followed by St. John High School, graduating Class of 1968.

Joyce was extremely active in the community.  In 1966 she was chosen as Outagamie County 4-H Girl.  She was a delegate for the 4-H Congress in 1967 leading into her 15 years as the 4-H leader.  After which she became a leader of the Calumet County 4-H, Valley 4-H and the Go-Get-Em Club.

One of Joyce’s loves was the County Fair.  She showed dairy calves and cows, vegetables, flowers, crafts and baking.  Antique tractors were also sparked joy in Joyce’s life.  Her grandfather, father, brothers and her sons belong to the Calumet Antique Tractor Club.

A bus trip to Washington DC sparked her love of traveling.  During her life she visited 49 States and was looking forward to a spring trip to Mount Rushmore.  Joyce and her Godmother, aunt Olive Joosten, had many adventures before she married John Toepel on June 17, 1983.  It was a beautiful sunny day at St. Francis of Holland Town and her mother made all the floral arrangements.  Joyce also enjoyed traveling with John’s aunt Rosie Schneider and sister-in-law Marilyn.

She and John ran their dairy farm for over 30 years.  Joyce loved milking the cows and feeding the calves.  It was a sad day when she realized she had to stop because her health was deteriorating.  Joyce was only 64 when she retired. John and the family continue running the farm.  She and John were initiating members the eastern group of Organic Valley Producers for 16 years, which was a great achievement for the family because the organic business was just gaining popularity.  For several years the Toepel Dairy proudly provided milk to Land O’Lakes and currently produces for Henning’s Cheese.

Joyce was preceded in death by her parents, John’s parents George and Edith Toepel, a brother-in-law David Toepel, a sister-in-law Christy Joosten, a nephew Ryan Toepel, and a niece Andrea Wirth.

The funeral liturgy for Joyce will be held at 12:00 Noon on Saturday, February 22, 2020 at St. Katharine Drexel Parish – St. Francis Church, located at 433 County Road CE in Hollandtown.  Fr. Donald Everts will officiate, and burial will be in the parish cemetery.   Family and friends are invited to gather at the church Saturday morning from 10:00 AM until the time of the service.  In lieu of flowers, the family has suggested that contributions be made to pediatric cancer research at the Children’s Hospital of Wisconsin.