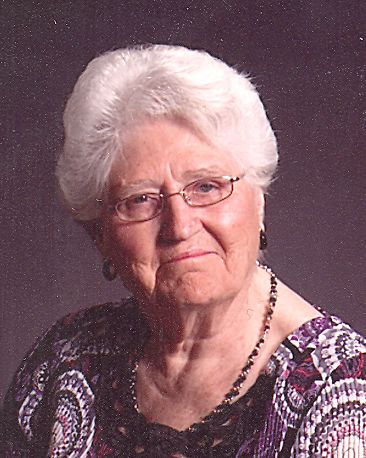 Joyce Hritz, age 84, passed away at Matthews of Neenah on Monday afternoon, March 12, 2018. Joyce was born in Toluca, Illinois, on November 6, 1933, daughter of the late Bernard and Francis (Murphy) Fredericks. She attended high school in Illinois. On November 18, 1951, she married the late Michael Hritz of Streator, Illinois. She followed her loving husband in the U.S. Air Force and together Mike and Joyce were blessed with four children. In 1970 the family moved to Eau Claire. For a time, Mike and Joyce lived in Texas, but have resided in the Fox Valley area for many years. Over the course of her working career, Joyce was a restaurant cook, manager and eventual owner. She enjoyed singing for the Lord and directed choirs at several churches. Her favorite hymn, “He Lives,” was a testament to her strong faith. Her love for Jesus was evident to all in how she cared for her family, her community and others.

Funeral services for Joyce will be held at 11:00 AM on Saturday, March 17, 2018 at the Wichmann Funeral Home – Tri County Chapel, 1592 Oneida Street in Menasha, with Pastor Stephanie Lorenz officiating. A private burial will take place at Highland Memorial Park. Family and friends will gather to celebrate Joyce at the funeral home on Saturday morning, from 9:00 AM until the time of the funeral service at 11:00 AM.