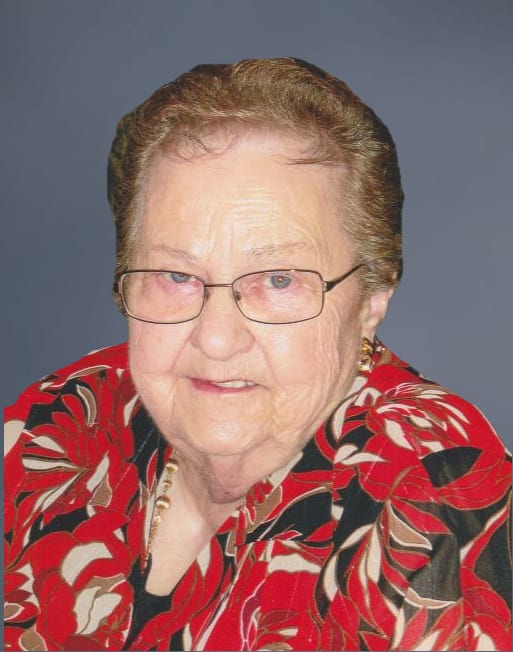 Joyce Elaine Carey, age 85 of Kimberly, passed away peacefully with family members at her side on Thursday, July 30, 2020 at Country Villa in Freedom.  Joyce was born at home in Pella on November 28, 1934, daughter of the late George and Erna (Rades) Henschel.  She was raised in Symco and was a 1952 graduate of Little Wolf High School in Manawa where she sang in the choir and played on the softball team.  She also attended college in Stevens Point for one year.

Joyce married James C. McConnell in 1954 and lost him too soon – in 1955.  In 1961, she married Earl E. Carey who passed in 2002. Joyce was a serviceman’s wife who traveled the world and raised three wonderful children during that time.  She worked in the records office at AAL (Thrivent) from 1953 until 1961.  Joyce was proud to have been a barkeeper’s daughter. She had also been an Avon representative from 1961 until the time of her death. Joyce enjoyed reading, playing cards, and her casino trips with friends.  She was a lifelong Packer fan, and as a young woman went to Milwaukee Braves games with her dad.

She was preceded in death by her parents, husbands James C. McConnell and Earl E. Carey, sisters Delores Bonikowske and Karen Henschel, brothers-in-law Tom VanderHyden and Melvin Bonikowske, as well as other relatives.

The funeral service for Joyce will be held at 11:00 AM on Wednesday, August 5, 2020, at Good Shepherd Lutheran Church, located at 2220 E. College Avenue in Appleton, with Rev. Timothy Seabaugh officiating.  Family and friends are invited to gather at the church on Wednesday from 9:00 AM until the time of the service.  Inurnment will take place in Union Cemetery in Symco at a later date.

In lieu of flowers, the family is establishing a memorial fund for St. Jude Children’s Research Hospital in Joyce’s name.