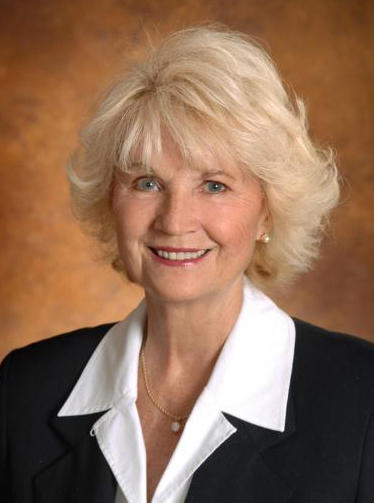 Joyce was called to Heaven after a long and courageous battle with cancer on Thursday, October 31, 2013. It has not always been an easy battle, but one she continued to fight because she knew there was a purpose far greater than she ever understood. Her will to live outweighed even the toughest days. She would not let cancer dampen her positive attitude. She remained optimistic to the end, never complaining and as we all know, never giving up.

Joyce was the only daughter of Charles and Freda Webster, born on Freda's birthday, and was proud to say she was an “army brat.” Joyce was born October 26, 1936 in Aberdeen South Dakota.

Joyce was loved and respected by so many people. Her humor and wit was felt by everyone around her. Joyce enjoyed spending time with her family and friends at their cottage and time “South of the Border, Down Mexico Way.” She loved her extended family even as it grew larger and larger with step children and step grandchildren. At the office, she always had an open door to anyone who wanted to talk business or personal. She especially loved when children came into the office. She always had a toy or stuffed animal for them. She was famous for sending handwritten notes and cards to family, friends and co-workers; always remembering birthdays, anniversaries and babies. She strove to make the world a better place and was giving to everyone around her. If you didn't know Joyce, it simply took being in her presence to sense she was someone special.

Joyce attended Northern State Teachers College in Aberdeen South Dakota where she spent her first 20 years. In 1953 Joyce worked for the Times Mirror, now known as the Los Angeles Times, where she worked in advertising. She received her real estate license in 1964 and, in addition, she attained her CRB (Council of Real Estate Brokerage) designation after working in the real estate firm.

Joyce loved Coldwell Banker The Real Estate Group, the company her husband, Otto, founded and she headed from 1988 to 2013. She worked tirelessly to grow the company from a small hometown real estate company to the third largest in the state of Wisconsin with 19 northeast and central Wisconsin offices. She leaves behind so many friends and co-workers that worked alongside her to see the company grow and prosper.

During her lifetime she spent time volunteering and helping others, which gave her great pleasure. She loved politics and spent time working for candidates who believed in her set of values. Joyce was a member of the Board of Directors of The Fox Cities Chamber serving as its Co-Chair from 1993-1994. She was honored to serve the United Way of the Fox Cities and was the fund drive chair twice, once as co-chair with Dr. Tom Scullen and once with Steve Morton. Joyce was active with the Community Foundation serving on several committees and on the Board; helped tirelessly with the Volunteer Gala for many years, and the Appleton Medical Center Foundation, which became more important to her after spending time in the Martha Siekman Cancer Center. She was President of the Realtors Association of Northeast Wisconsin; the Wisconsin Realtors Association Board of Directors; a Director of, and very involved in, The National Association of Realtors Board of Directors; served on the Appleton Medical Center Foundation Board; Goodwill Industries Board of Directors; the University of Wisconsin Fox Foundation Board and Chair for two years; lifetime member of the Girl Scouts, and attained her Curved Bar (now Gold Award) her senior year in high school, and went on to be a Brownie leader, Junior leader, Service Team Chairman, and on the Board of Directors of Girl Scouts of the Fox River Area. She has previously served on the President's Council of Junior Achievement and now serves the Senior Advisory Board; Make-A-Wish, and Children's Hospital. She was a member of the Downtown Rotary Club. Joyce always had a keen interest in those she believed needed help. She gave willingly and freely of her time and talent. One of her greatest accomplishments was helping Lo Lee and the Hmong American Partnership raise money for a 'home' of their own. She leaves the Fox Cities a better place.

Joyce was a member of Trinity Lutheran Church in Appleton. Per Joyce's request, in lieu of flowers, memorials can be sent to the Otto and Joyce Bytof Family Fund in the Community Foundation of the Fox Valley Region.

The family would like to extend special thanks to Dr. Guenther, Dr. Ballard and the staff at the Martha Siekman Cancer Center as well as the ThedaCare hospice team. Your kindness will never be forgotten.

My personal message to all of you ~

It breaks my heart to leave you, but my time has come to let go.

I've had a wonderful life with Otto, my family, friends, my business and this community and have been blessed in so many ways. My life has been enriched and I leave with no regrets. I wish I had more time because, as you know, I like to keep doing things! But, I gave it a great fight and am now finally at peace.

Don't be sad for me as I will not be alone. I take with me all the love you have shown me throughout my life.

Until we meet again, live your life to the fullest because life is good! And remember what I've always said, “If it is to be, it is up to me.”