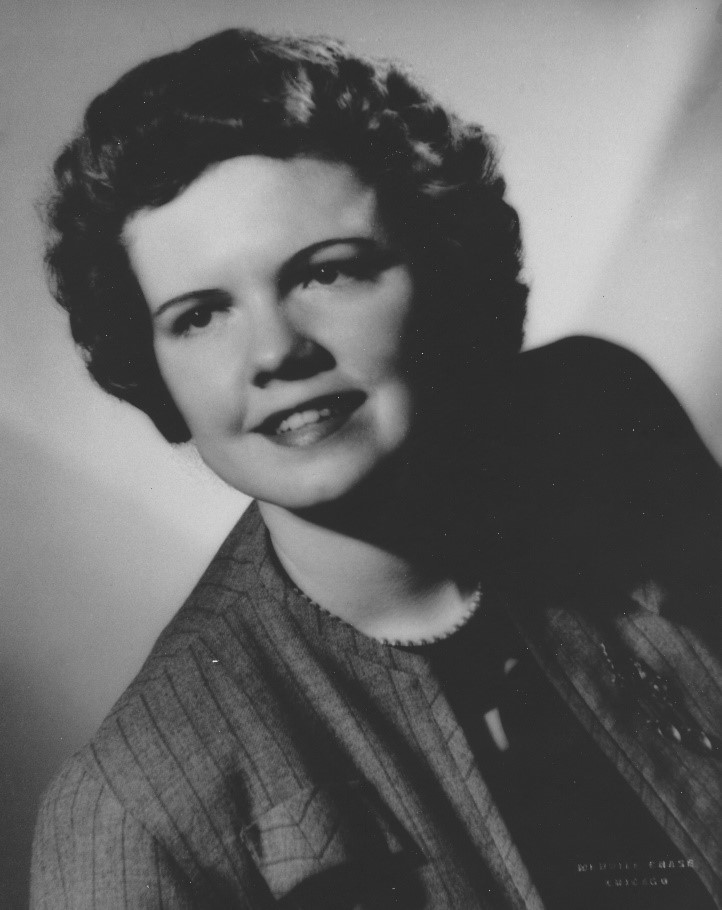 Joy Marie Chasty, (nee Swanson), was called by Jesus to her heavenly home on October 30, 2019, at the age of 97 in Appleton, Wisconsin. She was born on January 15, 1922, in Ironwood, Michigan the daughter of Martha and Ernst Swanson. She graduated from Ironwood high school, worked in Milwaukee and Chicago as a secretary and was a talented pianist and vocalist. She was baptized and confirmed at St. John’s Lutheran Church in Wauwatosa, Wisconsin on December 17, 1948. On January 31, 1949, she married John T. Chasty in Laurel, Montana. Joy and John raised four daughters, bringing them up to know and trust their Savior. Their family moved from Milwaukee, Wisconsin to Santa Clara, California, and then Seattle, Washington. Along the way, they spent vacations with their daughters, camping across the western United States. Wherever they lived, Joy and John provided their family with a loving home and the lessons and promises of a loving God. In 1977 she and John returned to Wisconsin to retire.

She was preceded in death by her husband, John T. Chasty in 1982, her parents, a sister Corinne, and two brothers, Jack and Donny.

Her daughters will always be grateful for her love, her guidance, and her and their dad’s dedication to bringing them up in a Christian home.

Psalm 13:5-6 “But I trust in your unfailing love; my heart rejoices in your salvation. I will sing to the Lord, for He has been good to me.”

A memorial service will be held at 11:00 a.m. at Mount Olive Lutheran Church, 930 E Florida Ave., Appleton, Wisconsin on Thursday, November 7, 2019, with Rev. Robert Raasch and Rev. Joel Leyrer officiating with visitation at 9:00 a.m. at church. She will be interred at Wisconsin Memorial Park in Wauwatosa, Wisconsin next to her husband.

A memorial fund has been established in her name.

The family would like to thank the staff of Brewster Village for their kind and compassionate care.