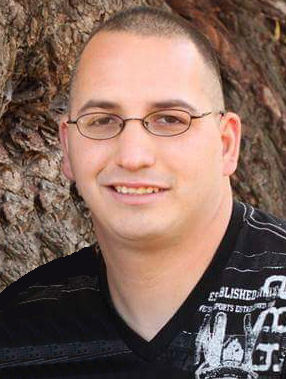 Joshua Paul Krablean-Wolf, 27 years, of Pulaski died August 24, 2016 at St. Vincent Hospital, Green Bay, after an accident on August 23, 2016 in Pulaski, while doing his most passionate activity, riding his motorcycle. Josh was born on July 17, 1989 in Neenah. He was a graduate of Hilbert High School in 2007. Josh was a hard worker. He started with paper delivery at age 10, bussed tables at Michiels Restaurant at age 14 and developed his skill to become head cook at Michiels where he continued to work while also working at Aramark on the wash line. He truly loved the open road on his motorcycle. He travelled routes in Wisconsin often. He took a memorable trip with family and friends to Houghton/Handcock area and the UP in Michigan. Josh was dedicated to caring for elders in his family running errands and helping around the house for them. Four-wheeling with the kids was cool.

A celebration of Josh's life will be held on Thursday, September 1, 2016 at 5 pm at Wichmann-Fargo Laemmerich Chapel, 312 Milwaukee St., Menasha. Pastor Steve Stern presiding. Private inurnment. Family and friends may gather, at the Chapel, from 2 pm until time of Service.

A memorial fund in Josh's name will be established for his son Chad.

Josh's family thanks the first responders, the police and the incredible staff on the Critical Care Unit at St. Vincent Hospital for their care of Josh. His life will continue through the efforts of the Organ Donor Team who organized recipients to live through Josh's organ donation. Also a special thank you to Jennifer Lynn for going above and beyond in giving him his last haircut at the Critical Care Unit.