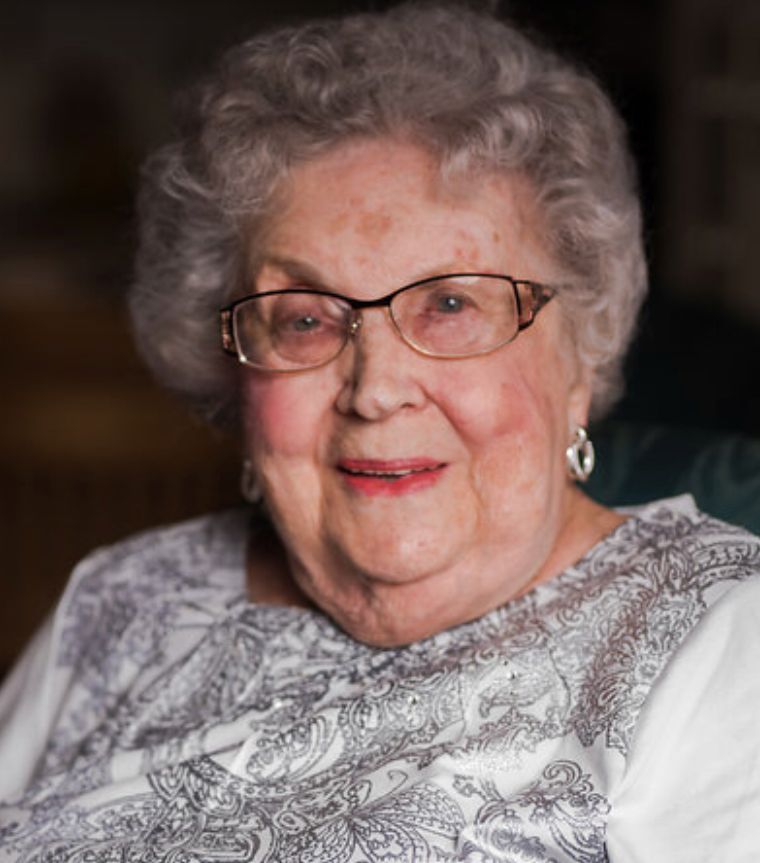 Born Josephine Ann Lant on March 19th, 1926 in Chicago, Illinois to Francis and Catherine (Geirut) Lant. She married her high school sweetheart, Richard J. Larabell, on November 30, 1946. They recently celebrated their 71st wedding anniversary. Chicago was their home until 1956, when they relocated to Neenah.

Jo was an intelligent, compassionate, generous, and loving person. Always welcoming and gracious, she had a special talent for making everything she touched a thing of beauty, especially her home and flower gardens.

The funeral liturgy for Jo will be held at 10:30 a.m. on Wednesday, December 20, 2017, at ST. JOSEPH CATHOLIC CHURCH, 410 West Lawrence St., Appleton, with Fr. Jim Leary, O.F.M. Cap. Officiating. A time of visitation will take place at CHURCH from 9:30 a.m. until the time of Mass. Online condolences may be expressed at www.wichmannfargo.com

In her last years Jo was cared for by her family, with the special and loving devotion of her husband, Dick. We are all sincerely grateful for mom’s loving attention, her polite and gracious manner, the mountains of clothes she tirelessly laundered when we were growing up, and the meals she made for generations of family and friends. We are eternally grateful that Mom had a peaceful exit from her life while napping at home. We all love and miss you.