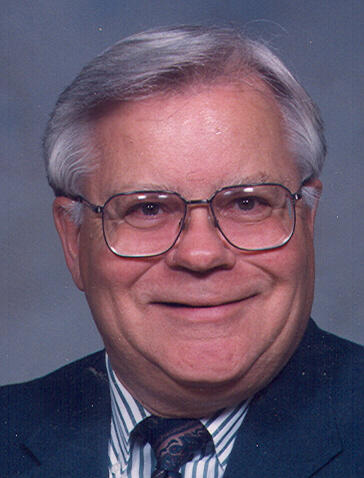 Joseph Steger, 80, Appleton, died peacefully at Cherry Meadows on Wednesday, April 6, 2011 after a short battle with leukemia. He was born June 27, 1930 in Kaukauna, son of the late Joseph and Anna (Christianson) Steger. Joseph married the light of his life Darlene “Dar” (Grimmer-Schultz) on May 2, 1980.

Joseph retired in 1992 with 44 years of service at Thilmany/International Paper. He started as a fifth hand on the paper machines. Later he became the Accounting Clerk, and in 1961 promoted to Budget Director. In 1996 he was promoted again to Manager of Costs and Budgets. He was a member of the Thilmany Quarter Century Club and the Thilmany Management Association. In 1993, Joseph started working part-time for Banta Corporation /R.R. Donnelly where he worked as an accountant until March 14, 2011. Joseph served as President of the Heart of the Valley Chamber of Commerce and also on the Kaukauna School Board. He was a member of the Grand Chute Lions, and a Mason for over 50 years, currently with the Appleton Lodge No. 349.

Joseph was a member of the First United Methodist Church. He showed expressions of love in simple ways that made everyone happy around him. He always listened and gave great advice. Mostly he instilled good morals and infinite wisdom. Always with a smile, he gave generously to charities and those less fortunate. An avid Republican, he enjoyed family trips, especially to Las Vegas, and playing video poker. He loved playing cards on Thursdays with close friends and getting together to play golf with his buddies. The Green Bay Packers, Chicago Cubs, Milwaukee Brewers and Wisconsin Badgers were his favorites. He was a wonderful and loving husband and father, and truly enjoyed spending time with his grandchildren.

The memorial service for Joseph will be held at 1:00 p.m. on Saturday, April 9, 2011 at FIRST UNITED METHODIST CHURCH, 325 E. Franklin Street, Appleton, with Dr. Doyle Blanton officiating. The family will receive friends from 12:00 noon until the time of service. In lieu of flowers, a memorial fund has been established.

Special thanks to the staff at Cherry Meadows for all of your love and compassion, and to the caring nurses at St. Elizabeth Hospital. Our family appreciates you.

Death leaves a heartache no one can heal, love leaves a memory no one can steal. Joe, may your journey into Heaven be as lucky as your video poker wins you had on earth. You indeed are a great American!