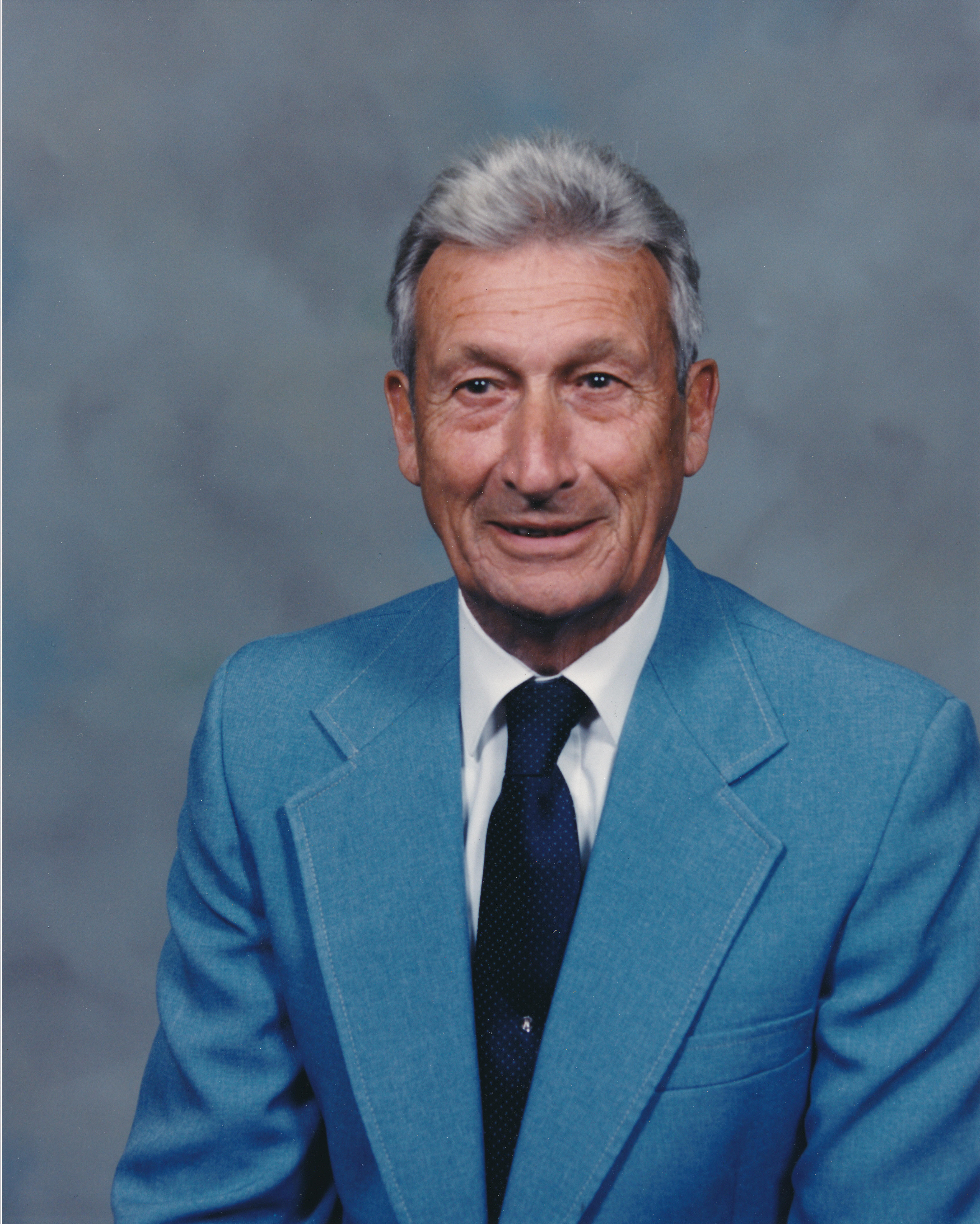 Joseph N. Schoenhaar, 93, of Appleton passed away on March 27, 2015. Joseph was born on February 5, 1922 in Freedom, Wisconsin to Joseph and Bertha (Dreier) Schoenhaar. He was a 1940 graduate of New London High School. After graduation he worked for two years at an area furniture company. In July of 1942 he enlisted to serve his country during WWII as a member of the U.S. Army, 95th Infantry Division. He served in France, Belgium, Holland and Germany and was honorably discharged in December of 1945 with the rank of Staff Sergeant. He was a Life Member and former Commander of the VFW, Harvey Pierre Post 2778. After discharge from the Army, he was hired by the City of Appleton as an electrical apprentice. In 1963 he was appointed Electrical Inspector and he supervised that department until his retirement in 1985. During his career he set up the first progressive pattern for traffic lights in the city and designed a state of the art street lighting system for the reconstructed business district. That system became the model for several cities in the Midwest. He was also a member of the Wisconsin Chapter of Electrical Inspectors and was elected chairman of that group in 1972.

On July 12, 1945 he married Merna L. Ratzburg in Appleton and the couple enjoyed 70 years of marriage. Together they enjoyed league bowling and playing golf. After retirement they also spent winters in New Braunfels, Texas for 13 years.

Funeral Services for Joseph will be on Tuesday, March 31, 2015 at 11:00 AM at Wichmann Funeral Home, Superior Street location. Visitation will be at the funeral home from 9:00 am to 11:00 am. To offer condolences, please visit www.wichmannfargo.com.

The family would like to thank Michelle Packett and her staff at Grand Horizons for their devoted care. Also, thank you to the staff and nurses at Southern Care Hospice. Donations will be forwarded to the St. Joseph Food Bank.