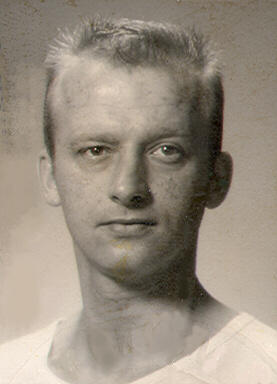 Joseph Bavinck, 69, of Neenah, passed away on Tuesday, June 15, 2010 at Theda Clark Medical Center. He was born on April 29, 1941 in Weesp, The Netherlands, the son of the late Dirk and Margaretha Bavinck. On May 13, 1960, he married the love of his life, Sandra Popp and they enjoyed 41 years together before her passing on December 25, 2001. Joseph retired from Neenah Foundry after 45 years of employment. He enjoyed shooting pool and darts, fishing, riding his Harley, vacationing up north and coaching soccer. Joseph's love was surrounding himself with his family and grandchildren.

The funeral service for Joseph will be held at 11:00 am on Saturday, June 19, 2010 at WICHMANN FUNERAL HOME DOWNTOWN CHAPEL with Rev. Mary Beth Kovanen officiating. Interment will take place at Highland Memorial Park, Appleton. The visitation will be held on Friday at the funeral home from 4:00 pm until 8:00 pm and again on Saturday from 10:00 am until the time of service.