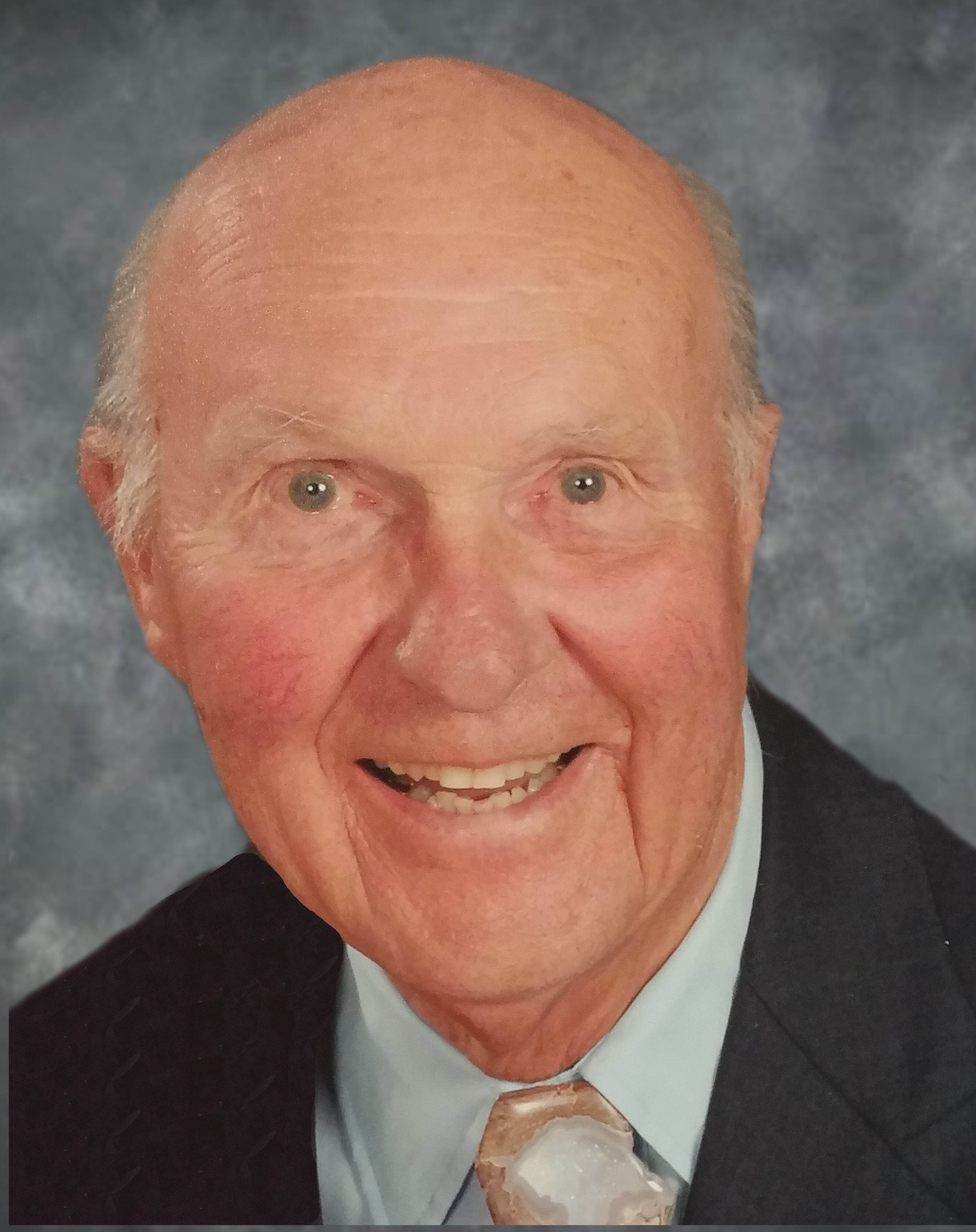 On October 8, 2015, Joseph L. Faust originally of Kaukauna, Wisconsin, went to join his Heavenly Father in eternal peace. Joe was born November 27, 1926, and was raised in Kaukauna, the eldest son (but the fifth of seven children) of Louis J. and Mary (Hager) Faust. Joe attended Kaukauna High School and St. Norbert College in DePere, Wisconsin. He was drafted into the United States Army and served in Manila and Tokyo as a Supply Sergeant. Following his discharge, he relocated to Milwaukee to find work, and in 1963, met his “angel”, Carol Natrop. The couple married on June 19, 1965 at Holy Cross Church in Kaukauna. They settled in Thiensville, Wisconsin, where they adopted three children and raised their family. Joe and Carol are outspoken advocates for Adoption and Pro Life organizations and causes.

An active community member wherever he lived, Joe was a Boy Scout during his teenage years, a 4th Degree member of the Knights of Columbus, the American Legion Post #66 in Green Valley, Arizona, the Purchasing Management Association, and a tireless volunteer to church parishes he belonged to in Kaukauna, Milwaukee, Thiensville, Lac du Flambeau, Wisconsin, and most recently in Green Valley, Arizona. He served as Grand Knight for his KC council in the 1980's, serving an unusual two terms, was the director of the St Gall Food Program through St Cecilia Church, in Thiensville, for much of the 1990's and participated as a Men's Group volunteer at both St. Anthony's, in Lac Du Flambeau, and Our Lady of the Valley, in Green Valley, Catholic Churches since the late 1990's. For many years, Joe led the KC annual Tootsie Roll Drive for the Mentally Handicapped. In 1989, the couple retired and purchased a cottage in Lac Du Flambeau, where Joe enjoyed fishing. In 1997, they retired to Green Valley. There he was a member of woodworking, silversmith and lapidary clubs. Joe enjoyed woodworking and fishing his entire life. He also loved working with stained glass. His children, nieces and nephews were given one of- a- kind wooden toys he created early in their young lives. His family will remember him as forever faithful to the Lord, charitable, strong, and absolutely dedicated to noble projects.

Joe will be missed by his loving wife of 50 years: Carol (Natrop) Faust; two sons: Joseph (Cynthia) Faust and Mark Faust; a daughter: Caroline (David) Berns; two grandchildren: Nicholas and Natalie Berns; a brother Louis (Mary Hartzheim) Faust; and a sister: Margaret Belson. He was preceded in death by his parents and four sisters.

The funeral liturgy for Joe will be held at 11:00 AM on Monday, October 19, 2015 at HOLY CROSS CATHOLIC CHURCH, 309 Desnoyer Street in Kaukauna, with Fr. Tom Pomeroy officiating. Full military honors will follow the mass, and burial will take place in the parish cemetery. The family will receive relatives and friends at the church on Monday morning from 9:00 AM until the time of the service.

For more information or to share a memory of Joe, please visit www.wichmannfargo.com.