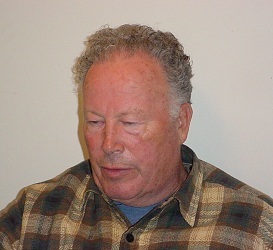 Joseph Walter Farrell, age 80, of Appleton, passed away peacefully with his family by his side on June 21, 2016, at Oak Ridge Gardens. Joe was born on December 17, 1935, in Wisconsin Dells, son of the late Walter and Isabelle (Acker) Farrell. He was a 1953 graduate of Wisconsin Dells High School. Shortly after graduating, Joe married the love of his life, Donna Rugg, on December 29, 1956. They would share 59 years of marriage together.

Joe worked at Central Paper, retiring after over 40 years. In the summer, he went camping with his family and took pride in teaching many people to water ski. In the winter, he enjoyed snowmobiling. Above all, Joe loved the time spent with his family and visiting with relatives.

A memorial service for Joe will be held at 11:00 a.m. on Thursday, June 30, 2016 at the WICHMANN FUNERAL HOME TRI-COUNTY CHAPEL, 1592 Oneida St. A time of visitation will be held from 9:00 a.m. until the time of service. Online condolences may be expressed at www.wichmannfargo.com.

The Farrell family would like to thank Affinity Hospice, as well as several special family members, for their kindness and support during this difficult time.