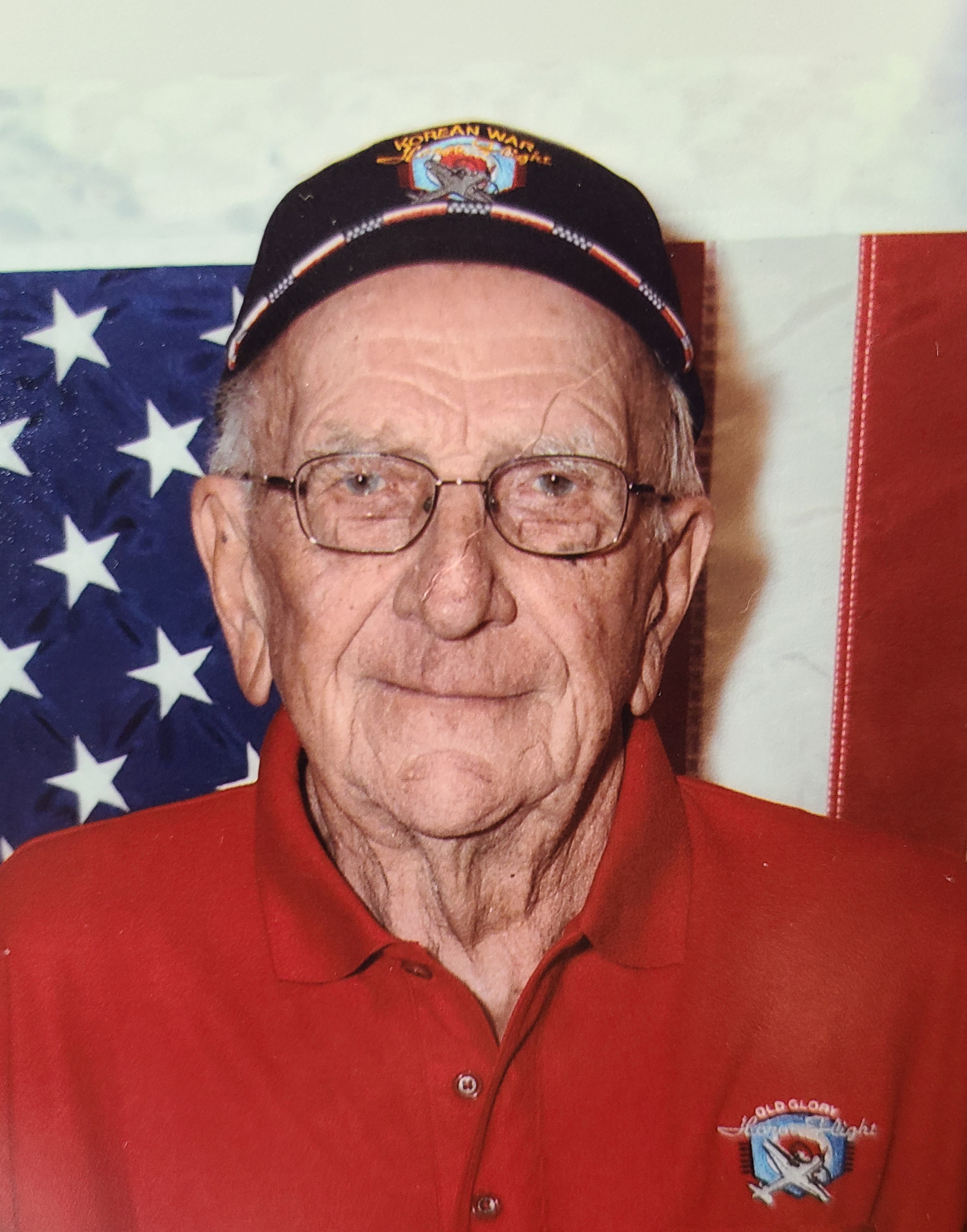 Joseph “Jack” Schaefer
Kimberly. It is with great sadness that the Schaefer family announces the death of our much loved husband and father Jack Schaefer who passed away on August 10, 2021 at the age of 91. The son of Joseph and Clara Last Schaefer, Jack was born on June 23, 1930 and grew up on Newberry St. in Appleton across from the Schaefer family farm and dairy. Jack’s childhood was spent working on the family farm and attending St. Joe’s Catholic School. During this time he built friendships with a group of buddies who remained lifelong friends.
Jack was drafted into the U.S. Army and served as a medic in the U.S. and Europe. He enjoyed recalling the story of being in England on the day of Queen Elizabeth’s coronation and waving to her as she rode by in her carriage and seeing Winston Churchill. Upon his return home from service Jack went back to work at Schaefer Dairy, as a milkman. He later went on to work at Miller Electric for 25+ years, doing work he enjoyed both on a production line and later in the Production Control Department.
Jack met Vivian Van Lanen, a Kaukauna girl in 1951, and after his time in the service, they were married May 30, 1956. They celebrated 65 years of marriage this year.
Jack and Vivian have been proud residents of Kimberly for 60+ years where they raised their family of 6 children. Al (Sue) Schaefer, Amy (Steve) Wieckert, Joe (Barb) Schaefer, Jane Schaefer, Paula (Jon) Sanders and Patrick (Jane) Schaefer. They wholeheartedly agree they had “the best dad a kid could ever ask for”.
Jack especially enjoyed the companionship of his nine grandchildren. Christopher Schaefer, Taylor (Nick) Geske, Amber (Corey) Evers, Amanda (Erik) Nelson, Samantha Schaefer, Brandon Schaefer, Jack Sanders, Noah Sanders and Ryan Schaefer. Most recently he became the proud great grandpa of Dax Geske and Henry Evers.
Jack and Vivian were blessed to enjoy happy retirement years at the family cottage in Townsend, WI as well as spending their winters as snowbirds in Bowling Green, FL. In retirement Jack volunteered for the Kimberly American Legion Post 60 and could often be found at Sunset Park in Kimberly manning the grill at softball games for the Kimberly Recreation Association. He also volunteered many years as a Meals on Wheels delivery person. Time at home was often spent with the kids and grandkids playing a spirited game of sheepshead.
Jack was honored to travel to Washington DC in 2014 as a veteran in the Old Glory Honor Flight program. The photo above is from that memorable day.
Besides his immediate family, Jack is survived by his dear sister Rosann Romensko, special sister in law Mary Jean Van Lanen, family friend Sister Diane Jamison, as well as many nieces and nephews.
Jack was preceded in death by his son Joe, parents Joseph and Clara Schaefer, mother and father-in-law Albert and Delia Van Lanen, his siblings and their spouses Joan (Leo) Sprangers, Jerry (Dolores) Schaefer, Rita (Calvin) Oldham, Maynard Romensko as well as Vivian’s siblings and their spouses Richard (Mary) Van Lanen, Dolores Feldkamp, Junior “Moe” Van Lanen and Eugene Van Lanen.
The Schaefer Family would especially like to thank Dr. Kristine Juntunen and her staff, as well as Hospice Nurse Amber, and the nursing staff at ThedaCare Hospitals in Neenah and New London for their compassionate care of Jack in his final days.
Jack was a man of strong Christian faith. A Funeral Mass will be celebrated for him at 11 AM on Tuesday, August 31, 2021at Holy Spirit Catholic Church – Kimberly Site, 600 E. Kimberly Ave. Kimberly, WI. Family and friends may visit at the church from 9 AM until the time of the mass, with Military Honors following. Interment will be in Holy Name Catholic Cemetery, Kimberly.
Because of allergies, the family requests NO FLOWERS or PLANTS be sent to the church.
His wings were ready to carry him to heaven, our hearts were not ready to let him go.
Please leave a special message or condolences for Jack’s family below.