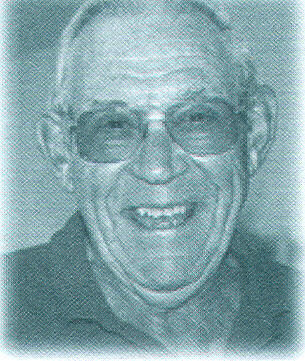 Joe Kraus, age 86, of Grand Chute, passed away on Sunday, August 3, 2008, at Appleton Health Care Center, after a courageous battle with cancer. Joe was born on July 20, 1922, in Appleton, to the late Henry and Mary (Goetz) Kraus. He was united in marriage to Rose DeLeeuw on September 1, 1951, sharing 56 years together. Joe proudly served his nation in the United States Navy for six years, including WWII. He was a loyal employee of Fox Tractor for 35 years. Joe was a volunteer firefighter for the Town of Grand Chute Fire Department for 35 years and also served as assistant Fire Chief; he was a volunteer at the Fox Cities Convention and Visitors Bureau; and served as supervisor for the Grand Chute Old School for 9 years. He enjoyed golfing at Winnagamie Golf Course, was a mall walker during the winter months, enjoyed deer hunting for many years, was an avid bowler and enjoyed card playing. Survivors include his wife of 56 years, Rose; his son, Jim (Wendy) Kraus, Menasha; his daughter-in-law, Maureen (Tom) Sternhagen, Grand Chute; his grandchildren, Nick Kraus, Pat Kraus and Alexis Sternhagen; his sisters-in-law and brothers-in-laws, Dawn, Marge and Dorothy Kraus, Betty Courtney, Ann (Henry) Ketels; Harold (Karen) DeLeeuw, Clarence (Lois) DeLeeuw; and Marlene (Jim) Van Abel. Joe is further survived by nieces, nephews and many dear friends. He was preceded in death by his son, Jack; his sister, Helen; and brothers, Ed, Vince and Gordon. The Funeral Liturgy will be at 11:30 a.m. on Thursday, August 7, 2008, at ST. PIUS X CATHOLIC CHURCH, 500 W. Marquette Street, Appleton, with Fr. Thomas J. Farrell officiating. Friends may call directly at the church on Thursday from 9:30 a.m. until the time of services. Interment will be in Highland Memorial Park. Joe's family would like to extend a sincere thank you to Dr. Grant, Dr. Goggins, the Affinity Hospice staff and Deacon Rick Simon for their loving care.
Wichmann Funeral Home
537 North Superior Street
Appleton 920-739-1231
Online condolences
www.wichmannfargo.com