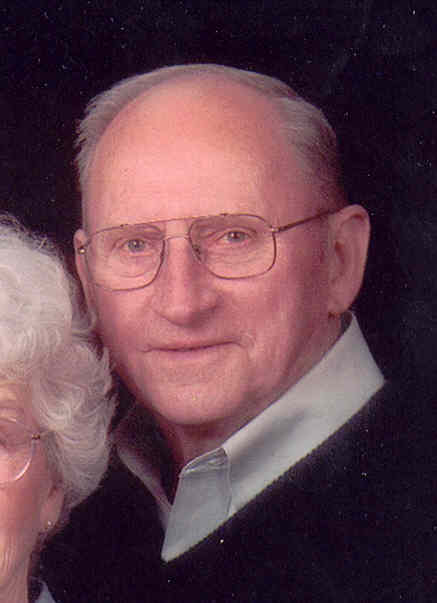 Age 82, died at home with his family, on Monday, June 16, 2003, following a brief illness. Joe was born in the Town of Buchannan, on January 18, 1921, son of the late John and Hattie (Sternagel) Welhouse. He married Mabel M. Tiesling on June 12, 1943 at St. Joseph Catholic Church. They had two sons and a daughter. Joe survived 3 ¬Ω years in the Army, serving during World War II in the Military Police. He was later employed as a machinist at the Thilmany Paper Mill, retiring in 1983. Joe was also a chip carver, accanthias leaf carver and enjoyed carving many decoys. He is survived by his wife, Mabel; his children, Daniel Welhouse and Jane Lauer, both of Appleton; his grandson, Benjamin Lauer; 3 sisters, Viola Woyak; Rosella Miller; Francis (Elmer) Helms; and a brother, John (Bernice) Welhouse, Jr. Joe was preceded in death by his son, Thomas; and his sister, Julia Vander Voort. The funeral service will be held at 12:30 p.m., on Wednesday, June 18, 2003, at ST. THERESE CATHOLIC CHURCH, 213 East Wisconsin Avenue, Appleton, with Rev. Norm Krutzek officiating. Family and friends will be received at the church on Wednesday, June 18, from 10:30 until 12:15 p.m. The interment will be held immediately following the Mass at St. Joseph Catholic Cemetery, Appleton.

‚ÄúGod saw he was getting tired, and a cure was not to be. So He put His arms around him, and whispered, "Come with me." With tearful eyes we watched him suffer, and saw him fade away. Although we loved him dearly, we could not make him stay. A golden heart stopped beating, hard working hands to rest. God broke out hearts to prove to us, He only takes the Best.‚Äù