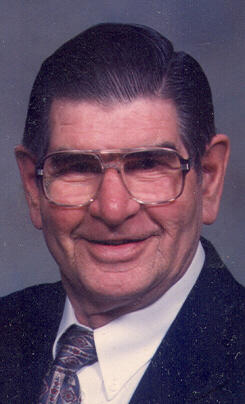 Joe was born on May 29, 1932 to Conrad and Maria (Ries) Mock in Beaver Dam. On March 17, 1965 he married Kathleen Byrns and she preceded him in death in 2002. Joe retired after serving in the U.S Air Force and the Army for 28 years, serving in many states throughout the country. He had also worked as a driver at N&M, Checker, Badger Periodicals and Rich Products. Joe had many hobbies and enjoyed woodworking, tinkering with things and wood working especially making birdhouses. He also loved to play sheephead.

Joe was preceded in death by his parents, his wife Kathleen, a brother and a sister.

The funeral service for Joe will be held on Tuesday, January 31, 2012 at 2:00 PM ZION LUTHERAN CHURCH (912 N. Oneida St. Appleton) with Rev. Kurt Kovanen officiating. A time of visitation will be held on Monday from 4:00 until 8:00 PM at the Wichmann Funeral Home and on Tuesday from 1:00 PM until the time of the service at the church. The family would like to thank the staff at the Wisconsin Veterans Home for everything they have done for Joe. In lieu of flowers a memorial has been established.