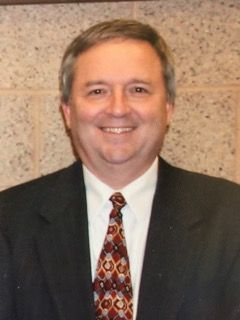 Joseph F. Zimmer, age 57, of Appleton, passed away on December 7, 2016, surrounded by his family, after a brief illness. Joe was born in Appleton on June 20, 1959, to James and Esther (Felton) Zimmer, Sr. He graduated from Appleton East High School in 1977 and the University of Wisconsin Eau Claire in 1981. Joe married Jane Marie Cisler on August 22, 1987, and they were blessed with 29 years together. They had two children: Kellan (Marc) Popp, Plover, WI, and Lucas Zimmer, Waukesha, WI. Joe was employed by Lindquist Machine in Green Bay as Vice President and CFO for 28 years until his retirement in January of 2016.

Joe enjoyed cooking, investing, puzzles and spending time with his family whether it be vacationing up north or simply taking a walk at High Cliff State Park with his family and their dog Jasper. He was an avid Packer and Badger fan as well. Joe was a loving and giving husband and father with a sharp sense of humor. He lived his life in accordance with his strong value system and believed in giving back, as evidenced by the many Friday nights he and Jane spent serving dinner at the Homeless Connection. Joe valued education and was so proud to see both of his children graduate from college and start their careers. He will be sorely missed by family and friends alike.

Besides his children, he is survived by his parents, James and Esther Zimmer, of Appleton; his brothers James Zimmer, Jr., also of Appleton, Jeff Zimmer, of Menasha, John (Barb) Zimmer. Athens, WI; his sister Judy (Joe) Kaufmann, Greenville, WI; as well as many nieces and nephews, and a wonderful circle of friends.

A Mass of Resurrection will be celebrated at 3:00 p.m. on Tuesday, December 13, 2016, at ST. JOSEPH CATHOLIC CHURCH, 404 West Lawrence Street, Appleton, with Father Jim Leary O.F.M. Cap. officiating. A Celebration of Joe's Life will follow at Stone Cellar at Riverview Gardens, 1101 South Oneida Street, Appleton. Friends may visit at church on Tuesday from 1:30 p.m. until the time of services. In lieu of flowers, a memorial fund has been established. Online condolences may be offered at www.wichmannfargo.com