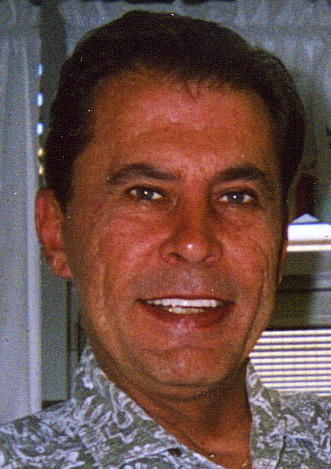 Joe Weiss, age 50, former Appleton resident, died in Phoenix, Arizona, on November 3, 2009, after a brief battle with cancer. Joe was born on September 21, 1959, in Appleton, to Amy C. (O'Neill) Weiss and the late Clement C. Weiss. Joe was a loving son, brother, father and grandfather. He graduated from Appleton West High School in 1978. Joe was employed in Arizona at Ryzex, Inc. as a Service Account Manager.
Survivors include his mother, Amy Weiss, Appleton; his brothers and sisters, Michael (Bonnie) Weiss, Appleton; Jim (Margie) Weiss, Neenah; Peggy (Terry) Young, Lorton, Virginia; and Sharon (Greg) Plamann, Appleton; his son, Jaden Weiss, Jaden's mother Amy Dunn and Jaden's half sister Mikayla, Scottsdale, Arizona; his daughter Trisha (Nick) Follen, Sturgeon Bay and grandson, Kaleb Follen.
Joe is further survived by many nieces, nephews, other relatives and friends. He was preceded in death by his father, Clement Weiss.
A Memorial Mass will be at 11:00 a.m. on Monday, November 16, 2009, at St. Thomas More Catholic Church, 1810 N. McDonald Street, Appleton, with Fr. Gerald Falk officiating. Interment will be in St. Mary Cemetery, Menasha. Friends may call at the Wichmann Funeral Home, Appleton, on Sunday from 4:00 p.m. to 7:00 p.m. and directly at the church on Monday from 10:00 a.m. until the time of services. Joe's family would like to extend a sincere thank you to the staff at the Hospice of the Valley, especially Nurses Beth, Krista, Marie &, Jessica, Case Managers Carrie Balboa and Kelly Huey, and Chaplain Dottie Cristall, for their loving care. Joe will be remembered for his eternal optimism, appreciative and kind spirit and most of all, his love for life. HE WILL BE MISSED! A memorial has been established in his name.
Wichmann Funeral Home
537 N. Superior Street
Appleton 739-1231
Online Condolences
www.wichmannfargo.com