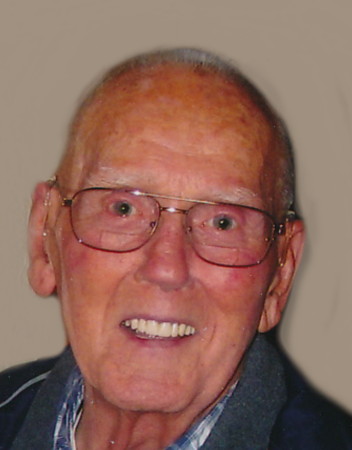 Joseph Roovers, age 84, of Appleton, passed away on Wednesday, June 13, 2012 with his family at his side. He was born on August 10, 1927, in Kimberly, the son of the late Frank and Jacoba (VanBeek) Roovers. On August 2, 1952, Joe married Ethel Wendt at St. Joseph's Cathedral in La Crosse. He served his country in the U.S. Army during WWII, and had the honor on April 5, 2012 to take the Old Glory Honor Flight. Joe retired from Thilmany in 1989. He enjoyed fixing small engines, was always willing to give a helping hand, and volunteered in many capacities in the community. He looked forward to the deer hunting season with the boys, ice fishing up north, and family cookouts. Most of all he loved his family; they meant the world to him!

The memorial mass for Joseph will be held at 12:00 pm noon on Saturday, June 16, 2012 at ST. BERNADETTE CATHOLIC CHURCH, 2331 E. Lourdes Drive, Appleton. Fr. Donald Zuleger will be officiating. The family will receive relatives and friends from 11:00 am until the time of mass. Online condolences may be expressed at www.wichmannfargo.com. In lieu of flowers, a memorial fund has been established in his name.