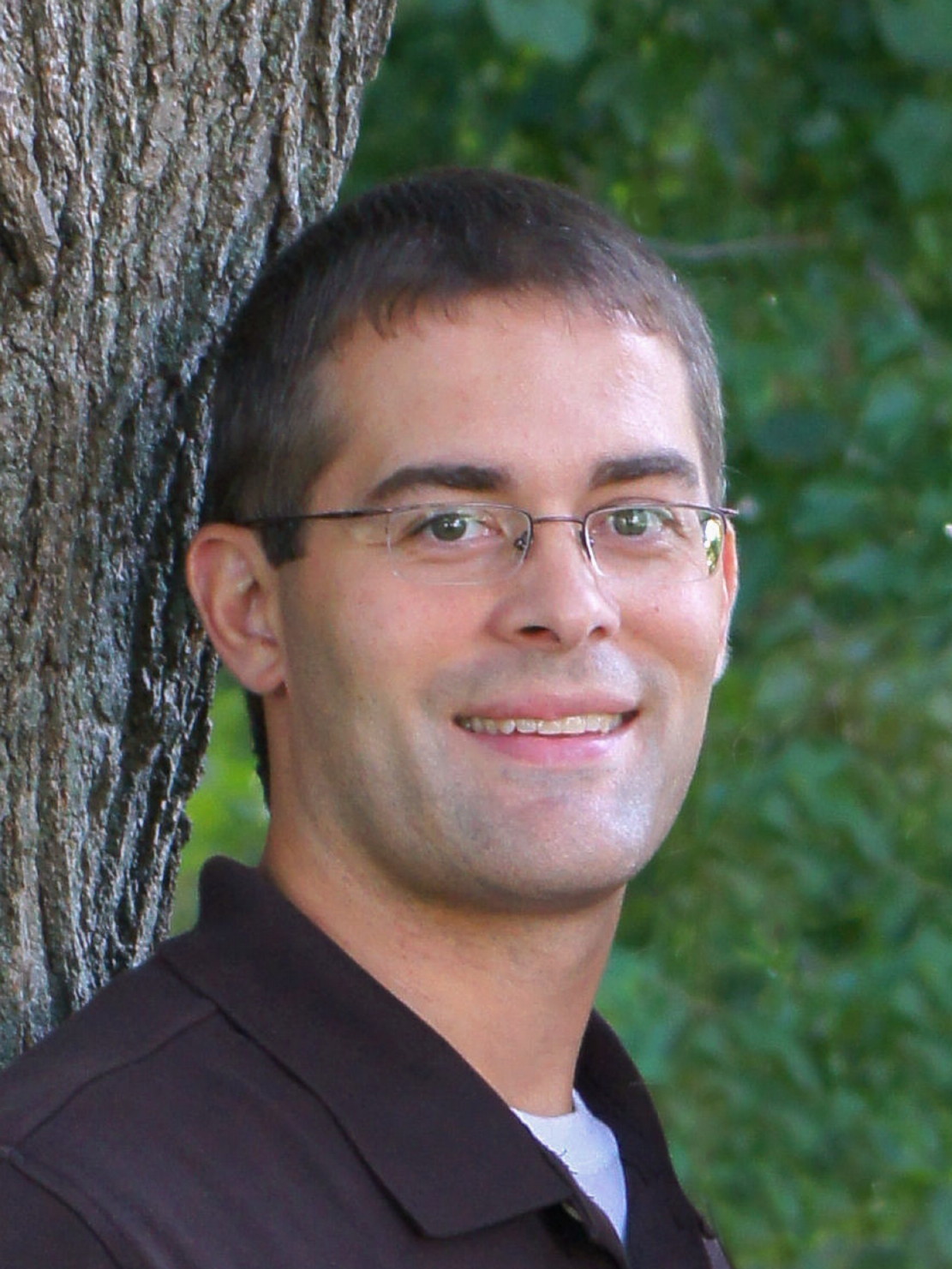 Joe's Lord and Savior called him home unexpectedly on Tuesday morning, March 3, 2015, at the age of 36. Joe was born in Eagle River, Wisconsin, on January 2, 1979, the son of Calvin and Jean (Vandenbush) Peters. He was a graduate of Laona High School, and earned a Bachelor's Degree in Mechanical Engineering from Purdue University. Joe had been employed by Webex (now a division of Maxcess) his entire career. He married his best friend, the former Jana Bobbe on June 15, 2002, and the couple currently lived in Appleton, with their three loving children. Joe loved his Lord, his wife, and his children and lived his life to the fullest.

Joe was a spectacular man. Everywhere he went, and everyone he had contact with, he left warmth. He made friends easily and everywhere. His warm heart always had him putting the needs of others before the needs of his own, and he was always willing to lend a helping hand. No questions asked. He was someone you wanted around the house because when he started something he finished it, and he finished it right. As you know, Joe had a servant's heart, and was an active volunteer and parent at Riverview Lutheran Church and School in Appleton. His Riverview “family” was very important, and his presence will be missed by everyone there. Joe always showed genuine concern and thoughtfulness for those around him; if not verbally, by his actions. Joe was the kind of guy that stopped to buy Jana flowers for no apparent reason, other than to say he loved her. He was respected and admired, and served as a role model to everyone in his life, setting the bar high for others; as a father, a husband, and friend, and a colleague. He took no greater joy than being a father and playing with his children, always giving them quality time.

Up north was Joe's favorite place to be. It was the place he was raised, the place he was the happiest and most carefree, the place he could be himself. He loved walking in the woods, fishing from a boat or on the ice, helping his dad with a project, or sitting in a deer stand.

Joe is survived by his loving wife: Jana Peters of Appleton and their three lovely children: Jack, Grace, and Claire; his parents: Cal and Jean Peters of Popple River; his brothers and sisters: Jeanine “Jenny” (Mario) Mele of Cartersville, Georgia; Jeff (Michelle) Peters of Marinette; Julie Peters of Neenah; and Jacob (Jessica) Peters of Saukville; Jana's parents are Dan and Laura Bobbe of Laona; and her brothers and sisters are: Derek (Trisha) Bobbe of San Francisco; Meta (Uri) Maoz of Tel Aviv, Israel; and Brian (Megan) Bobbe of Neenah. Joe was also a loving and special uncle to Nicholas, Emily, Calvin, Kate, Lauryn, Eloise, and Iris. He was preceded in death by his paternal grandparents: Clarence and Ione Peters; maternal grandparents: Cliff and Jeannette Vandenbush; two uncles: Jerry Vandenbush and Fred Vandenbush; and a cousin: April Lincoln.

The Christian Funeral Service for Joe will be held at 4:00 PM on Sunday, March 8, 2015 at RIVERVIEW EV. LUTHERAN CHURCH, 136 W. Seymour Street in Appleton, with Rev. Dennis Belter officiating. Family and friends are invited to gather at the church on Sunday from 1:00 PM until the time of the service. Memories may be shared by visiting www.wichmannfargo.com.

In lieu of flowers, memorials will assist with the children's education.