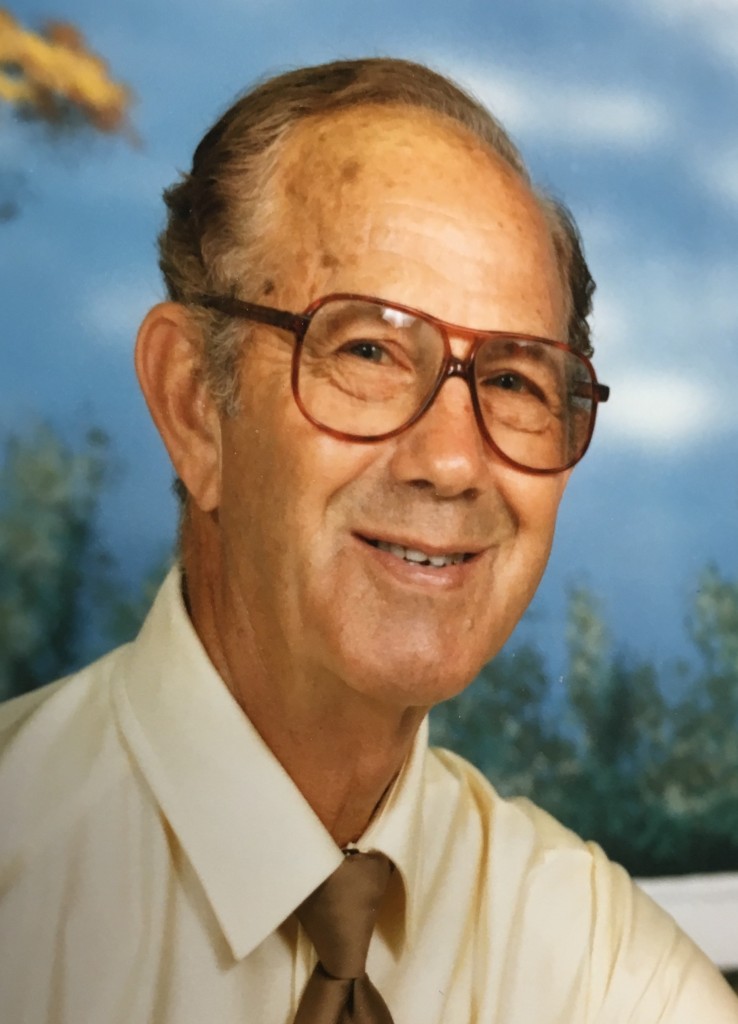 Joseph Offenstein, age 95 of Appleton, Wisconsin and formerly of Atwood, Illinois, passed away May 16, 2019 in Appleton. Joe was born in Atwood on December 28, 1923, son of the late William and Flora (Shonkwiler) Offenstein.

Born in a small town in Southern Illinois, Joe's parents moved to Appleton, Wi when he was a teenager. Joe put his natural athletic ability to work on the basketball team and earned several letters.

After high school Joe went to work for his father at the family business of Offenstein's Fuel & Building Supply. He met and married Bonnie Jackson and had four children. Despite working long hours, after dinner he always had time for a game or two of 'HORSE' with his kids as well as a handful of neighbor kids. He loved to wrestle with his kids which often just turned into tickling matches. Shouts of ” Don't tickle my feet.” could be heard throughout the house. He continued his love of sports by fishing at the cottage and joining singles and couples bowling leagues. As he got older he learned how to play shuffleboard and again, earned many trophies.

He was a man of many talents. Not only was he blessed with athleticism, he had a beautiful voice and was able to whistle like the birds. He learned how to Square Dance and enjoyed traveling around to various dances. These last few years you could find him on his Hoveround in front of the fireplace in the lobby of Century Oaks Assisted Living. He became their unofficial greeter. Even though he couldn't remember names, calling people “Buddy or Ma’am ” he always had a joke or kind words to say. He had a gentle soul , a great sense of humor and so much love in his heart which he freely shared. He was truly grateful of this gift that God gave him.

Joe was preceded in death by his parents, two brothers, a sister, and a granddaughter.

A graveside service for Joe will be held at 10:00 AM on Wednesday, May 29, 2019 at the Mackville Cemetery in Atwood, Illinois, with Rev. Michael Drake officiating.

Thanks to the staff at Century Oaks for making Dad comfortable and content these past few years.