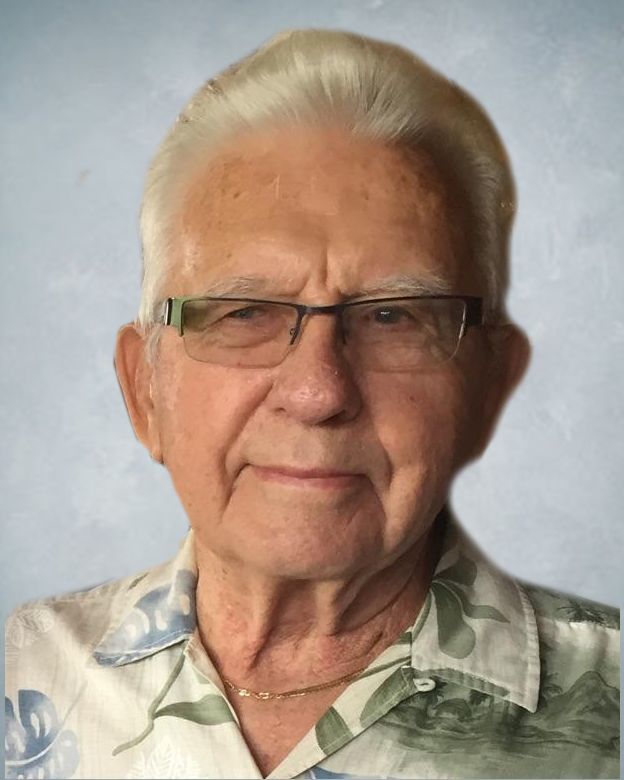 Joseph Kronser, age 89 of Appleton, passed away at Century Oaks on August 13, 2016. Joe was born in Appleton on April 10, 1927, son of the late Francis and Valeria (Horky) Kronser. He was a 1945 graduate of Appleton High School and entered the United States Navy where he served as a Pharmacist's Mate Third Class. He was discharged in 1946 and was presented with the World War II Victory Medal. Joe then enrolled at Lawrence University. During his college studies, he married the former Clarice Marie Burt at St. Joseph's Catholic Church on November 18, 1950. Joe graduated with his degree in Math in 1951. He owned and operated Fox Oil & Gas Company in Appleton for over twenty-three years. In 1981, he and Clarice moved north to Moshawquit Lake where they resided until 1998. During that time, Joe owned the J. & C. Shopping Cart in Suring. He retired in 1993. In 1998, The Villages in Florida became his home, until relocating back to Wisconsin in 2013. He was a member of the Knights of Columbus, The Optimist Club, the Lions Club, and was active in his church, wherever he happened to live at the time.

Joe is survived by his loving wife: Claire Kronser of Appleton; six children: Liz (Mike) Malchow of DePere, Chris (Ann) Kronser of Middleton, Jean Moreno of Lake Forest, Illinois, Jeff (Laura) Kronser of Oregon, Wisconsin, Carrie (Pat) Hawley of Appleton, and Bob (Wendie) Kronser of New London; a sister: Fran (George) LaBonte of Michigan, and a brother: Thomas Kronser of King, Wisconsin. Joe is also survived by seventeen grandchildren and eleven great-grandchildren. He was preceded in death by his parents, a great-granddaughter Addison Arft, by Claire's parents, and by Claire's siblings.

A funeral service for Joe will be held at 11:00 AM on Thursday, August 18, 2016 at the Wichmann Funeral Home, 537 N. Superior Street in Appleton, with Fr. Gerald Falk officiating. Interment will follow at Highland Memorial Park. Family and friends are invited to gather at the funeral home on Thursday morning from 9:00 AM until the time of the service. In lieu of flowers, memorial contributions will be used to support research for Parkinson's Disease and Lewy Body Dementia.