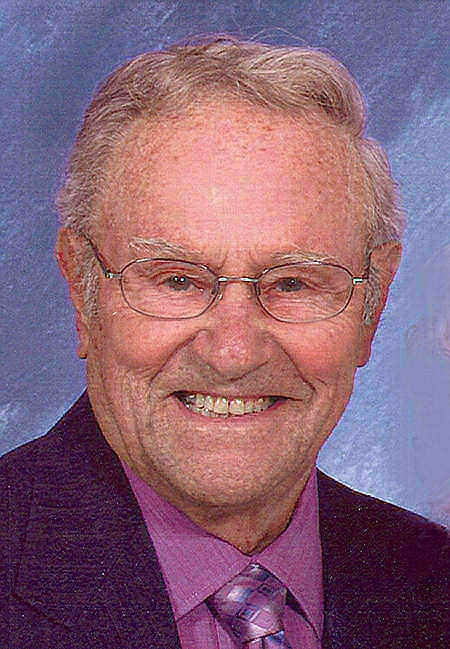 Joseph A. Vanden Heuvel, 83, of Kimberly, died at his home on Friday, March 26, 2010. He was born on December 11, 1926 in Kimberly, the son of the late George and Rika (Van Grinsven) Vanden Heuvel. On August 12, 1947, he married Rosalyn Vandenberg at Holy Name Catholic Church in Kimberly and they enjoyed 62 wonderful years together.

Joe graduated from Kimberly High School where he excelled in sports. He served in the U.S. Army during WWII and worked at the Kimberly Mill for 42 years. After he retired he moved to Arbutus Lake in Pickerel where he enjoyed 20 beautiful years. Joe was an avid golfer and was a member of St. Mary's Parish where he served as a Eucharistic Minister and sang in the choir. He lived four years in Antigo before returning to Kimberly in 2009.

He was preceded in death by his sisters: Marie Hietpas and Harriet Thyssen; brothers: John and Eugene Vanden Heuvel and his mother and father-in-law: Greg and Marie Vandenberg.

The funeral liturgy for Joseph will be held at 11:00 am on Tuesday, April 6, 2010 at HOLY SPIRIT PARISH – KIMBERLY, 600 E. Kimberly Avenue, Kimberly. Father David Beaudry and Father Robert Vandenberg will be officiating. A time of visitation will be held on Monday, April 5th at the Jansen Fargo Funeral Home from 4:00 pm until the time of the prayer service at 7:00 pm and again at the church on Tuesday from 10:00 am until the time of mass. Inurnment with full military honors will take place at Holy Name Catholic Cemetery, Kimberly. In lieu of flowers, a memorial has been established to benefit St. Paul's Hospice.