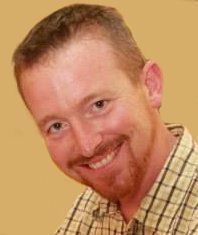 Jonathan Stoffel was called into the arms of Jesus on Sunday, May 3, 2015 at the age of 33. Jon was born in Darboy on November 11, 1981, son of the late Richard Stoffel and Rose Mary (Kelly) Stoffel of Appleton. Jon was currently employed as a journeyman carpenter by The Boldt Company.

“When I pass away, I want to be remembered as a funny, joyful person who is always a friend and who loves God. I want to make an impact on my friend's lives and because of that they would go out and do the same. I want to be one who finishes the race and lives life to the fullest.” (Excerpt from Jon's journal 2-28-99)

Jon put his faith in Jesus Christ early in his youth. Growing up he enjoyed playing sports, fishing, and camping with family and friends. After graduating Kimberly High School, Jon attended Calvary Chapel Bible College in Murrieta, California. Jon was a leader who led by example. He put Jesus Christ first in his life, seeking Him daily through prayer and God's word. Jon was involved in Bible studies and teaching Sunday school. He invested his time in others and was always there to lend a helping hand. Having the same heart, Jon and his daughter Olivia served as missionaries in Honduras. His sense of humor, laughter and joyful spirit was a blessing to all who knew him. Family was a priority to Jon, always making time to be a loving husband and father.

Jon's deep love for Erin, his wife, was so apparent in the way he treated her. Jon was such a proud father of Olivia, Ezra, and Selah. He enjoyed wrestling, fishing, playing soccer, and board games with them. One of the most cherished memories was bedtime, when Jon would read God's word and tuck them into bed. They knew how much they were loved by Jon. His joyful spirit and loving heart live on through his family. We know that the Lord has said unto him, “Well done, good and faithful servant”.

Jon, we eagerly await the day we see your smiling face again, and dance before our Father in heaven!

Funeral services for Jon will be held at 6:30 PM on Thursday, May 14, 2015 at CALVARY BIBLE CHURCH, 1450 Oakridge Road in Neenah, with Pastors Danny Leavins and Landon Churchill officiating. The family will receive relatives and friends at the church on Wednesday from 4:00 PM until 8:00 PM, and again Thursday at the church from 3:30 PM until 6:00 PM. Memories may be shared by visiting www.wichmannfargo.com.

I have fought the good fight, I have finished the race, I have kept the faith. Finally, there is laid up for me the crown of righteousness, which the Lord, the righteous Judge, will give to me on that Day, and not to me only but also to all who have loved His appearing. II Timothy 4:7-8

It's the wish of Erin, Ezra, and Selah that when you attend the visitation or service, you wear something orange or purple to remember Jon and Olivia. Even if you can't make it – remember them some day soon by what you wear.