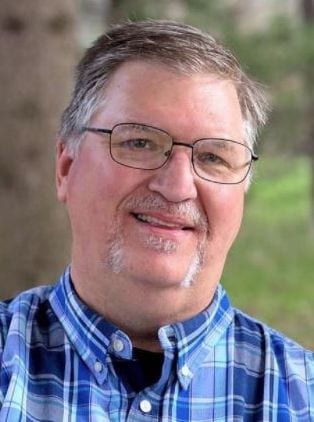 Jon was born January 20, 1966 to Benjamin and Dorothy Wells of Cumby, Texas. He graduated Cumby High School in 1984 and attended Cisco Junior College where he played football, and then attended East Texas State University in Commerce, Texas.

On July 22, 1988 he married Cindy M. Wells of Campbell, Texas. They were married for 32 years. In 1998, Jon and Cindy surrendered to full time ministry. They moved from Texas to Virginia where Jon attended Liberty University. While going to school there he worked for the university’s security department. After graduating from Liberty University, Jon took his first ministry call as a Youth Pastor at First Baptist Church in Woodlawn, Illinois. After serving as a Youth Pastor for one year, Jon was called to Highland Crest Baptist Church in Green Bay, Wisconsin. He served as an Associate Pastor for three years. After attending a Henry Blackaby retreat, Jon felt compelled to start his own church within an area needing Christ. After much prayer and even consideration to relocate to Canada to spread the Word of the Lord, Jon got the call to start Frontline Community Church in Kimberly, Wisconsin.

In January of 2019 Jon was diagnosed with ALS – also known as Lou Gehrig’s disease.

Aside from being a Pastor, Jon worked at the Fox Valley Technical College in the Fabrication Lab and was a security guard for the Performing Arts Center in Appleton, Wisconsin. In addition, Jon volunteered as the Kimberly High School (home) baseball game announcer from 2011 until 2019.

Above all jobs that Jon has ever had, sharing his faith, and spreading God’s word was the utmost important to him. Jon’s passion was to encourage those around him to repent sins and put their faith in Jesus Christ alone.

Jon was preceded by his parents and two sisters: Devonna Clark and Marsha Rhyne.

Family and friends are invited to gather at the Wichmann Funeral Home, located at 537 N. Superior Street in Appleton, on Thursday morning, October 1, 2020 from 10:00 AM until 12:00 Noon.   At 1:00 PM a private funeral service will be livestreamed here. A private burial will take place at Riverside Cemetery.

A special thank you to Jon’s hospice team from Heartland Hospice. Rebecca, Joy, Jen, and Tammy, you ladies were amazing. We could not have asked for better women to help be the hands and feet of God to help with Jon. You are forever in our hearts!