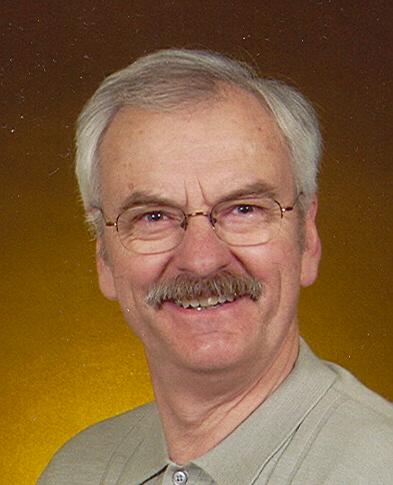 Jon T. Schroeder ‚ÄúJack‚Äù, age 54, died unexpectedly, Friday morning, March 12, 2004. He was born May 1, 1949, to Ronald and Delores (Bastian) Schroeder, in Greenville and grew up on the family farm, which was the beginning of his passion for gardening and landscaping. Jack served with the U. S. Army, during the Viet Nam Conflict from 1968-1970, in Germany. His career took several paths, starting out in data processing, moving on to the insurance industry and finally finding his niche. Jack became the owner of Appleton‚Äôs UPS Stores, December 2000. This job was never work to him and he opened shop each day thankful at last to be ‚Äúhis own boss‚Äù.
Bowling with the boys seemed to span a lifetime and none of us will forget his excitement with his 300 game.
His yard was his sanctuary and he watched it grow from an open field to the park it is today. Attending to his birds and watching them right outside his window entertained and humored him.
His love of sports started with his own children and then turned to the Badgers and Packers. He could hardly wait to see Brian Butch play Badger ball next year.
His children are a tribute to him, and he nurtured them along the way. If he could he would tell them how very proud he was of them. Thirty-one years of marriage was a time of sharing, caring and taking care of one another. Family vacations taught him much about his family and will remain some of our most cherished memories.
Jack‚Äôs optimism influenced many and for that we remember him as the kind, honest and loving person he was. His Christian values provided comfort in times of need and when there were no answers. He watched his children grow in faith and knew he provided the one thing needful. We say good-bye to a man whose life epitomized simplicity, contentment, love of family and life itself.
Survivors include his wife, Caroline A. (Presteen) Schroeder; two children, Christina M. Schroeder, Madison; Bradley A. Schroeder, Waukesha; his mother, Delores Schroeder, Greenville; three sisters, Susan Drews (Larry Swafford), Janis (Rick) Bartel and Lori Schroeder; two sisters-in-law, Diane (Tom) Pompa and Nancy (Peter) Butch; three nieces and a nephew, Amanda (Peter) Huycke, Katherine (Nathan) Wynveen, Brian and Laura Butch. He was preceded in death by his father, Ronald L. Schroeder, February 28, 2002 and his grandparents, Harry and Hilda Schroeder and Roy and Elsie Bastian.
Funeral services for Jon will be held at 11:00 am, Tuesday, March 16, 2004, at ST. PETER EV. LUTHERAN CHURCH, 6601 North French Road, with Reverend Ronald Ash officiating. Burial will be in Appleton Highland Memorial Park. Friends may call at the funeral home from 4 ‚Äì 8 pm, Monday and on Tuesday at the church from 10:00 am until the time of the service. A memorial fund is being established.

God must have loved him very much to have taken him from us
Who loved and needed him.
He summoned an angel to gather a few of the sweetest blooms.
Then he carried them back to heaven
Where they never would wither and die,
But live on forever, rejoicing in His wonderful garden on high.