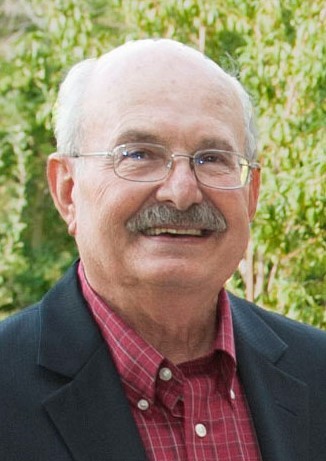 August 30, 1940- October 31, 2013
John Hammer, age 73, died on Thursday, Oct. 31 after a battle with brain cancer. John was born in Beaver Dam on August 30, 1940 to George and Elsie (Kuenzi) Hammer.
John served in the army from December 1961 to September 1965, stationed in Germany. He was united in marriage to Susan Swan on November 24, 1973. He worked at NCR, MSI, and Symbol Technology.
John enjoyed the outdoors – camping, hiking, biking and gardening. He loved spending time with family and friends and helping others. To know John was to be in awe of him because he was so remarkably good at so many things. He was always willing to help anyone in need.
John is survived by his wife, Sue, and sons Brian (Valerie Kellogg), Corey, and David. Brothers and sisters include: Marcie (Joe, deceased) Kastenmeier of Beaver Dam, Arnold (Jerry) Hammer of Reedsburg, Joe (Kathy) Hammer of Waukesha, Ed (Barb) Hammer of Fond du Lac, Barb of Fitchburg, Mary (Dennis) Grulke of Beaver Dam, Diane (Lynn) Lueck of Milwaukee, Sister-in-Law: Terry Boehner of Madison.
He is preceded in death by his parents and siblings Eugene, Don (wife Marie), Tom, and David.
Funeral Services for John will be Tuesday, November 5, 2013 at 11:00 am at St. Bernard Catholic Church, 1617 W. Pine Street, Appleton with Fr. Dennis Ryan officiating. Visitation for John will be Monday November 4, 2013 from 5:00 to 8:00 pm at Wichmann Funeral Home, Superior Street in Appleton and again on Tuesday November 5, 2013 from 9:00 am until the Service. Online condolences may be expressed at www.wichmannfargo.com. The family wishes to thank the caregivers at Heritage Hospice for their kind attention to John and his family