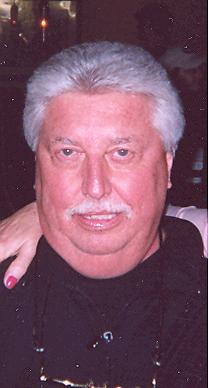 John “Reggie” A. Vrana, age 64, of Menasha, formerly of Milwaukee and Largo, FL; passed away on Friday, September 7, 2012 at Appleton Medical Center. He was born on May 15, 1948, in Milwaukee, the son of the late Andrew Vrana and Ruth (Brandt) Mielke. Reggie was married to Sharon Morrissey in November 1976 and widowed in May of 1977. In 1980 he moved to Appleton. Reggie owned several bars through the state throughout his life including Reggie's Bar in Appleton. He also owned and operated D & J Assembly. Reggie was a sports enthusiast; he loved to play and watch, baseball, football, and golf. Reggie had a pontoon boat for over 20 years and enjoyed boating on the Chain O' Lakes, Waupaca. He was a member of the Sons of American Legion Post 38, and an associate of the Vic Ferrari Band. Reggie and his girlfriend, Mike, loved to travel and spend winters in Largo, Florida.
Reggie is survived by his loving companion of five years Mike Elizabeth Roth, two sisters, Leanne Pierce and Christine (Terrence) Fleck, one brother, James Vrana, four nieces, Jody Arndt, Trisha Kennedy, Tammy Makovec, and Tracy Pajewski, five great nieces and four great nephews. Reggie is further survived and greatly missed by many dear friends and other relatives. He was preceded in death by a nephew, Edward J. Pierce, and a great niece, Stephanie Tamer.
Memorial service for Reggie will be held at 1:00 p.m. Wednesday, September, 12, 2012, at Wichmann Funeral Home, Tri-County Chapel, 3212 South Oneida Street, Appleton. Friends and family may call at the funeral home from 10:00 a.m. until the time of service. In lieu of flowers a memorial is being established and may be directed to either: Children's Hospital of the Fox Valley, and American Lung Association.
The family would like to thank Appleton Medical Center, including Dr. Whiteside, Dr. Novak, Dr. Swanson, and all the staff and nurses that helped comfort and support Reggie. Your care and support will never be forgotten.
Online condolences may be expressed at: www.wichmannfargo.com