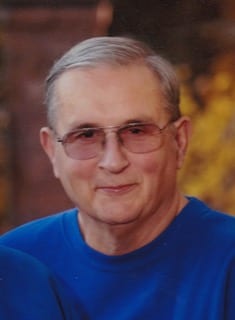 John Roper Mendonca was born on September 30, 1938, in Berkeley, California.  He grew up with his parents, grandmother and older sister in a turreted home that his family built in the hills of Berkeley overlooking the San Francisco Bay.

John’s youth was full of adventures.  He was an Eagle Scout.  He enjoyed camping, hiking and rock climbing in the Sierras with Boy Scout Troop 23.  He was active in his church youth group (Winthrop) at First Congregational Church of Berkeley.  He held many jobs.  He spent a summer in the Dakotas with Native Americans, worked at Yosemite National Park and picked bartlett pears in a local orchard.  In the warmer months, he spent time by the shores of Clear Lake in northern California at the base of Mount Konocti.  He helped his parents care for the trees in the family’s walnut orchard and maintain their boathouse.

He received his undergraduate degree from Pacific University in Forest Grove, Oregon.  He attended Chicago Theological Seminary and the University of Chicago Divinity School, where he received his Master of Divinity degree.  While there, he started the CTS Bookstore and met his wife, Dorothy Heckner.

John and Dorothy were married in Neenah, Wisconsin.  Their 57 years together began with discovering the mountains of Glacier National Park and enjoying the taste of the cream puff swans at Lake McDonald Lodge.  Their marriage became a blending of San Francisco sourdough bread and German potato salad, tuna sandwiches and wienerschnitzel.  Every day they shared in the joy of watching first their daughter and then their grandchildren as they grew.

He loved Door County and was familiar with every back road.  He loved the people, the history, the beaches and the trees of the area so much so that he moved the family there in 1972 to stay “for two years” and never left.

John was friendly and talked to anyone and everyone.  Everywhere he went, he seemed to know many people.  He especially enjoyed introducing his “favorite son-in-law” Dan to everyone they met.

John always had ongoing multiple business projects and many planned for the future. Among other things, he was involved in restaurants, a hotel and marina, a golf course, road building, land development and a cellular phone store. You could find him in a dirty t-shirt and jeans or in a suit and tie.

His pride and joy were his daughter, Heidi, and grandchildren, Natalie and Ross.  Heidi’s childhood was filled with helping her dad with his projects and spending time together. Grandpa took Natalie and Ross to every ice cream shop and mini golf course that he could find.  He loved playing croquet and shuffleboard with the family, especially sending his opponents’ pieces far off the field.  He considered himself a “pyromaniac” and enjoyed seeing that character trait in his daughter and grandchildren as they helped him with fireworks and many land clearing/burning projects through the years.  He taught them that they could do anything they set their minds to do.  All the plumbing, electrical, carpentry and automotive projects they do forevermore will be guided by his lessons.

John was very optimistic and believed the best about people and life.  He always had grand plans for what he wanted to accomplish next.  His family knows that he will enjoy planning a plethora of diverse projects wherever his journey takes him.  They send their love with him until they meet again.

A memorial service for John will be held at a later date.

Please leave a message for John’s family below.